Shares of the entertainment conglomerate slipped as the company issued another debt offering.

After a three-day really, shares of Disney (DIS -1.38%) were heading lower today as the entertainment giant fell alongside the broader market and as investors reacted to news of another debt offering. Disney shares were trading down 6.6% as of 2:52 p.m. EDT.

Stocks were heading lower generally today as fears about the coronavirus continued to swirl through the market. Last night, the U.S. passed Italy as the country with the most cases in the world. With Disney's theme parks and much of its operations shut down because of the pandemic, any news that the spread could be worse than expected is going to negatively affect the stock. 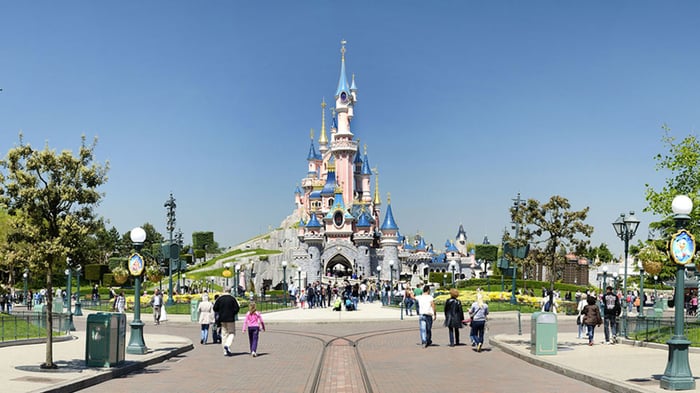 The company also tapped the debt markets for the second time in just a week, this time looking to Canada to raise 1.3 billion Canadian dollars, or $930 million, at a 3.06% interest rate. Disney said the funds would be used for general corporate purposes and repayments of certain debts including commercial paper, or short-term loans.

With the loans coming from Canada, the money could be used to fund operations north of the border, like film shoots or the expansion of its streaming services in the region.

The offering comes just a week after Disney raised $6 billion in debt, showing that the company is aiming to shore up its cash position at a time when its parks are closed indefinitely and it's unable to show live content on ESPN.

Considering its size and reputation, Disney is in a better position to borrow money than many of its rivals. Cruise lines like Carnival, Norwegian, and Royal Caribbean have sought a bailout from the federal government, but may not be able to get one because they aren't domiciled in the U.S. Similarly, if the outbreak extends into summer, it could pressure regional theme park operators like Six Flags and Cedar Fair. Any competitive weakness should favor Disney over the long term.

While Disney will no doubt face a difficult few quarters ahead, the company is strong enough to bounce back from this setback and still has businesses that are performing well right now, like its television networks, streaming services, and licensing for consumer products like toys. Down nearly a third since the coronavirus sell-off started, the stock still looks like a buy for long-term investors.