Please ensure Javascript is enabled for purposes of website accessibility
Log In Help Join The Motley Fool
Free Article Join Over 1 Million Premium Members And Get More In-Depth Stock Guidance and Research
By Rich Duprey – Apr 1, 2020 at 9:29AM

Demand is surging in the fourth quarter from its retail grocery store customers.

Unlike most other businesses these days, which are pulling the guidance they may have issued just a month or two ago as a result of the coronavirus pandemic, Conagra Brands (CAG -1.89%) just announced it was anticipating exceeding its full-year sales and profit expectations.

The consumer products company said so long as its supply chain was not interrupted, the "significantly increased demand" it has experienced so far in its fiscal fourth quarter meant its results would come in higher than previously thought. 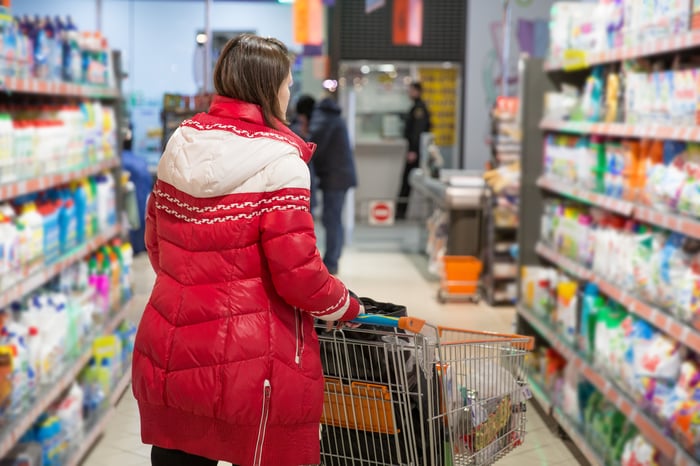 Restaurants down, retail up

Even though Conagra expects its foodservice division, which services restaurants and similar broadline outlets, to be hit by the pandemic, having suffered an 8% drop in sales in the third quarter and a 26% decline in profits, its retail segment is doing robust business with fourth-quarter sales and shipments surging 50% so far.

President and CEO Sean Connolly said in a statement, "While we are still early in our fourth quarter, we have seen significantly elevated demand for our retail products as consumers have started filling their pantries for more at-home eating."