Please ensure Javascript is enabled for purposes of website accessibility
Log In Help Join The Motley Fool
Free Article Join Over 1 Million Premium Members And Get More In-Depth Stock Guidance and Research
By Eric Volkman – Apr 2, 2020 at 6:43AM

All told, the company now plans to raise gross proceeds of roughly $6.25 billion.

The price per share will be $8, which is lower than the closing prices of both Carnival share classes on Wednesday. The company reiterated that it will use the proceeds of the issue "for general corporate purposes." It did not elaborate.

While downsizing the stock issue, though, Carnival increased a planned flotation of debt. It is issuing $4 billion worth of 11.5% first-priority senior secured notes, which mature on April 1, 2023.

This is to be accompanied by $1.75 billion in 5.75% senior convertible notes, also maturing on the same date. The initial conversion rate of the notes is set at 100 shares of common stock per $1,000 principal amount; this rate is subject to adjustment "in certain circumstances," in Carnival's words. 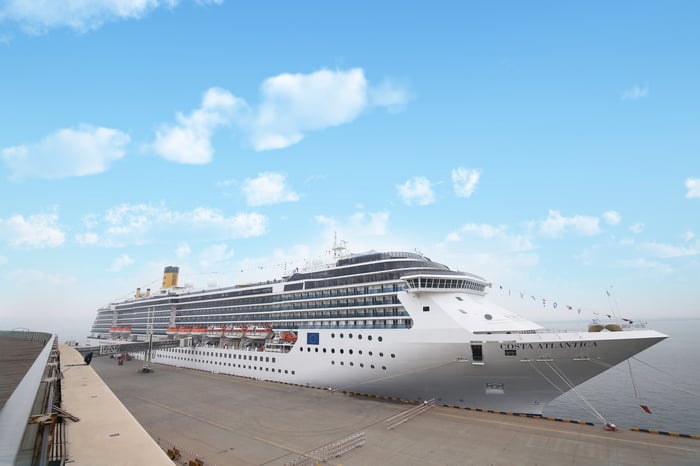 Previously, Carnival announced its stock issue would total $1.25 billion, with the senior secured notes flotation bringing in $3 billion; it was increased due to higher-than-expected demand. The originally planned $1.75 billion level of the senior convertible notes remains the same.

As a cruise ship operator, Carnival has been hit very hard by the detrimental economic effects of the coronavirus pandemic. It has halted all of its cruises in the face of the outbreak.

On Wednesday, both Carnival share classes fell by over 30%. That was a much steeper rate than the declines of many top stocks and the broader equities market.