Please ensure Javascript is enabled for purposes of website accessibility
Log In Help Join The Motley Fool
Free Article Join Over 1 Million Premium Members And Get More In-Depth Stock Guidance and Research
By Donna Fuscaldo - Apr 2, 2020 at 6:42AM

Even if Apple delays the debut a 5G-enabled iPhone until the holiday shopping season, 5G is still going to drive a huge upgrade cycle.

Talk abounds that Apple (AAPL 1.62%) will delay the launch of its much anticipated 5G-enabled iPhone.

With the COVID-19 pandemic rapidly spreading across Europe and the U.S., there are growing concerns the smartphone will miss its September debut. Sure, the supply chain is coming back online in China, but demand in the U.S. and Europe is up in the air given the rapid spread of the pandemic across the globe.

The rumors are weighing on a stock that is already 23% lower since February. Year-to-date shares are down 16%. But even if the iPhone 12 is pushed out to December, it doesn't mean 5G isn't happening. Nor does it mean consumers won't eventually upgrade their smartphones. It just may take a little longer than originally anticipated. 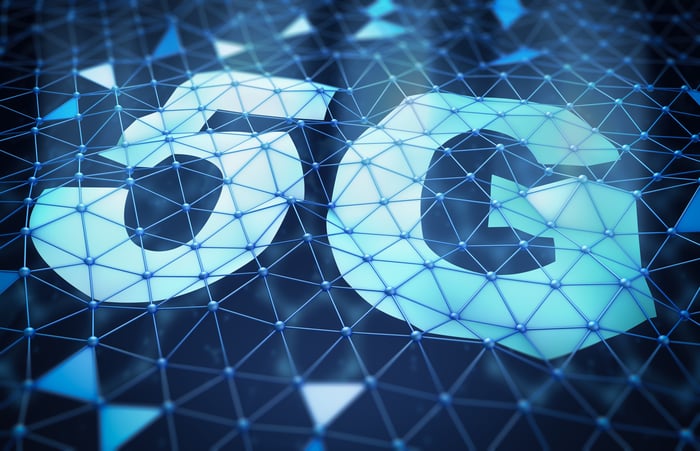 Will the iPhone 5G be delayed for months?

Last week the Nikkei Asian Review, citing three unnamed sources with direct knowledge of the matter, reported that Apple had held talks internally about delaying the 5G iPhone for months amid leftover supply constraints and concerns the demand for the new phone will be muted because of the COVID-19 pandemic. One source told the paper Apple won't be able to provide a timetable for the device's launch until after California removes its shelter-in-place order, while another said the iPhone maker could decide in May.

Either way, the report didn't say Apple was throwing in the towel on its newest iPhone; rather, it's just being delayed. That's an important distinction for Apple investors. After all, the iPhone 5G was predicted to usher in a super upgrade cycle as it presented a real reason for consumers to upgrade their iPhone. With 5G build-outs still going on, and even picking up the pace in some cases amid the pandemic, there's little evidence the 5G revolution will be halted because of COVID-19.

One only needs to look toward Verizon Communications (VZ 1.75%) for evidence. Earlier in March, Verizon announced it's increasing its spending this year on network infrastructure by $500 million amid huge demand for telecommuting and online learning. Verizon said the increased investments will accelerate the company's transition to 5G.

"We're looking toward the future and increasing our investments so that we're poised to offer even more robust networks, to meet future demands, in the years to come," said Hans Vestberg, Verizon chairman and CEO, at the time. Meanwhile, AT&T (T 1.67%) said earlier in March that its 5G network is now available to everyone rather than just businesses.

iPhone 5G delays not too shocking

Delaying the iPhone shouldn't come as too much of a surprise to investors given how the pandemic has been rapidly spreading in the U.S. and Europe. While China's supply chain has come back online, after months of quarantines, the number of cases in the U.S. is still far from peaking. Over the weekend, President Trump extended a national shelter in place rule until April 30 and that will hurt demand for all sorts of devices. But even prior to that, some Wall Street watchers had predicted there was little chance the iPhone 5G would be launched in September.

Apple has a lot riding on the launch, and wouldn't rush it out in September and risk it being a dud. A more likely scenario is that it's launched ahead of the holiday selling season. That would push the unveiling out a little bit but would ensure it would be ready for the busiest shopping season of the year. That could kick-start the super upgrade cycle Wall Street has been predicting prior to the pandemic.

While Apple still generates the majority of its revenue from the iPhone, and the 5G iPhone is one of its most important launches, the company has a services business that's booming, providing Apple with recurring revenue and cushioning some of the blow. For its fiscal first quarter, services revenue came in at $12.7 billion, up 20% year over year. That should be higher in its fiscal second quarter, as millions of people are stuck at home. Its wearables -- think Apple Watch and AirPods -- is also facing pent-up demand that could result in increased sales once the virus is contained.

Risk and uncertainty clearly abound when it comes to the launch of the iPhone 5G. But with this tech stock already pricing in a delay and with the supply chain normalizing, Apple's shares could take off later this year and into 2021.