Please ensure Javascript is enabled for purposes of website accessibility
Log In Help Join The Motley Fool
Free Article Join Over 1 Million Premium Members And Get More In-Depth Stock Guidance and Research
By Adria Cimino - Updated Apr 2, 2020 at 9:37AM

The coronavirus outbreak led to a suspension of cruises and a net loss.

Shares of Carnival (CCL -2.77%) slid 60.6% in March, according to data provided by S&P Global Market Intelligence, after the cruise company temporarily halted cruises and reported a net loss for the quarter compared with a year-earlier gain.

Carnival has been under pressure since passengers fell ill with COVID-19, the illness caused by the novel coronavirus, on its ships. On Carnival's Diamond Princess, part of the Princess Cruises fleet, the virus spread to at least 700 passengers as the ship was quarantined off Japan. Press reports cited missteps by the ship's medical staff as one of the reasons for the contamination. More contaminations occurred on the cruise company's Grand Princess ship, which was quarantined off the coast of California last month. 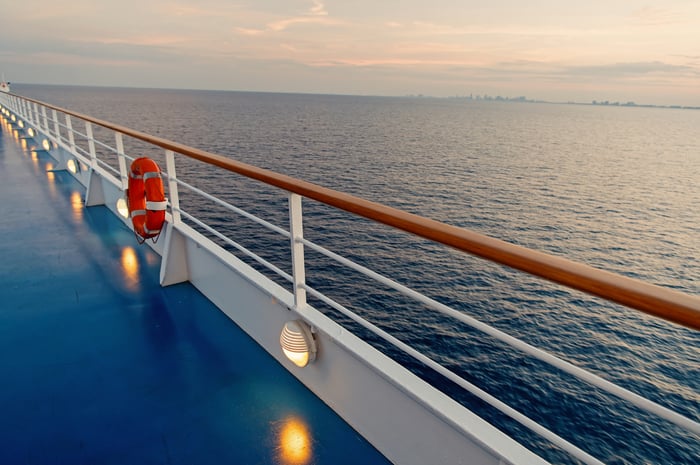 As a result of the contaminations and the escalation of the coronavirus outbreak around the world, Carnival temporarily halted cruises across all brands. Carnival started out by pausing Princess Cruises for two months, then announced 30-day suspensions for other brands. The company has since extended some suspensions to mid-May.

The coronavirus troubles aboard Carnival's ships as well as the halted cruises weighed on earnings. The company reported a net loss of $781 million for the first quarter of 2020, or $1.14 per share, compared with net income of $336 million, or $0.48 a share, in the year-earlier period. Carnival said the impact of the outbreak on the net loss is about $0.23 per share. That figure includes cancelled trips and other cruise disruptions as well as a impairment charges.

The future doesn't yet look bright for Carnival. The coronavirus outbreak has kept people at home rather than traveling or going to work. Carnival said booking volumes for cruises later in 2020 are "meaningfully" lower than in the year-earlier period, at "considerably" lower prices. The company also said it faces a slowdown in its shipyards where new ships are built. That means delays in ship delivery. Carnival isn't offering detailed guidance for the year, but it did say it expects a net loss. To fight the negative impact, Carnival is taking steps to improve liquidity such as cutting expenses and capital spending and seeking out additional financing. Carnival on April 1 announced a private offering of $4 billion in secured notes and $1.75 billion in convertible notes and a public offering of $500 million in common stock.

For investors, all of this means the shares aren't yet out of the woods.