The event promoter had us on the edge of our seats.

Shares of event promoter Live Nation Entertainment (LYV 0.82%) had a very active month of March. The stock price dropped, rose, then dropped again, finishing the month with an overall drop of 25%, as reported by S&P Global Market Intelligence.

What caused the roller coaster ride?

First, on March 10, the company announced the massive Coachella Music and Arts Festival in California was postponed until October due to the coronavirus crisis. A few days later, Live Nation canceled all events worldwide at least through the end of March. The stock slid about 50% from March 1 to March 18.

By the end of March, the net share-price loss was 25%. 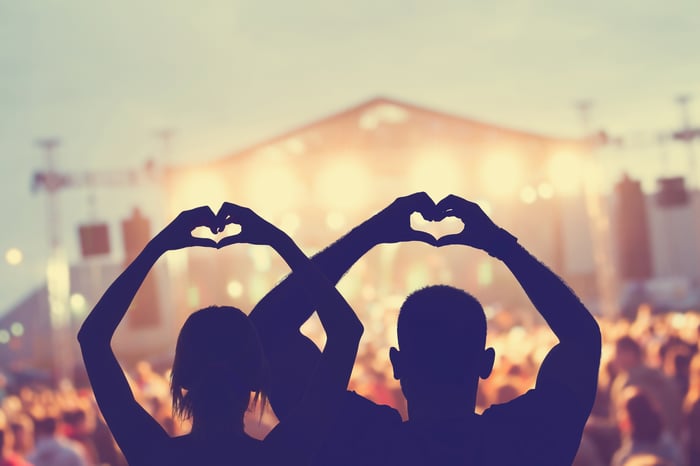 Some market watchers say a fast decline of this magnitude may be overdone, presenting a buying opportunity for the right investor.

Citigroup analyst Jason Bazinet thinks the impact of COVID-19 may already be priced into the shares. According to him, the stock is becoming "increasingly attractive" and has enough liquidity to tackle a roughly 90% decline in revenue this year. The company is only estimating a 70% drop. On March 24, Bazinet upgraded Live Nation stock from sell to neutral.

Others agree that the stock has become attractive. In the past few weeks, two insiders (CEO Michael Rapino and board member Ping Fu) have disclosed share purchases, as has billionaire investor Mark Cuban.

The future of live events remains murky, but with the margin-loan repayment, Live Nation is in a good place financially to ride out the coronavirus crisis.

Live Nation has proved to be well run, but there is no way to estimate when the company can get back to business as usual. Investors should keep Live Nation on watch lists, subject to new information about when concerts and festivals may resume. But even though the price has declined, the situation is too fluid and uncertain for immediate investment.