The minority stake in the business could fetch around $15 billion.

Brookfield Asset Management (BAM 0.42%) is apparently vying to be part of a massive energy deal in the Middle East. A report in Bloomberg, citing "people with knowledge of the matter," says the sprawling investment company is in talks to become part of a consortium bidding for a 49% stake in Abu Dhabi National Oil Company's (ADNOC) natural gas pipeline business.

Last year ADNOC, owned by its namesake emirate in the United Arab Emirates, invited bids for the minority stake. This could be worth roughly $15 billion at present, according to the article's sources. 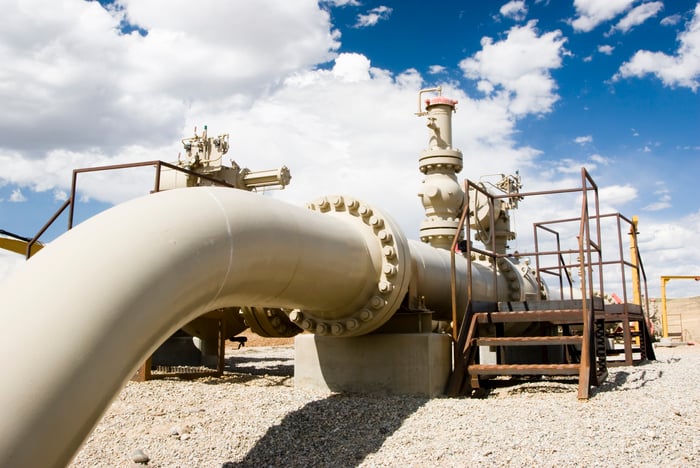 Like the other companies mentioned in the Bloomberg article, Brookfield has not yet publicly commented on its participation in the ADNOC bidding.

Brookfield is a sprawling company that invests its capital in a wide range of assets, from global infrastructure projects to North American real estate.

Recently, in the wake of the SARS-CoV-2 coronavirus pandemic, the company sought to reassure investors with an update of its business. While acknowledging that there were probably lean times ahead, Brookfield did point out that it and its four publicly traded affiliate companies had around $12 billion in credit facilities at their disposal, plus roughly $5 billion in assets that can be readily liquidated, against $7 billion in debt.

"Most of our businesses are very resilient, and we therefore don't foresee major issues," the company asserted.

On Monday, Brookfield's stock rose by almost 9%, edging past the gain of the S&P 500 and some of its top stocks on the day.

This Stock Has Been Market-Crushing Since Its IPO