Marketing Epidiolex is about to get a lot easier for GW Pharmaceuticals.

Parents of children with early-onset epilepsy and their physicians will find it easier to fill their next Epidiolex prescriptions. That's because the CBD tincture from GW Pharmaceuticals (GWPH) is no longer under the thumb of the Drug Enforcement Agency (DEA).

Epidiolex launched in 2018 after earning FDA approval as a treatment to reduce seizure frequency for patients with Lennox-Gastout syndrome and Dravet syndrome -- a small population. The 2018 Farm Bill removed hemp-derived CBD from the definition of marijuana in the Controlled Substances Act (CSA), but that didn't do much to help GW Pharmaceuticals. Epidiolex's active ingredient is CBD derived from marijuana, not hemp. 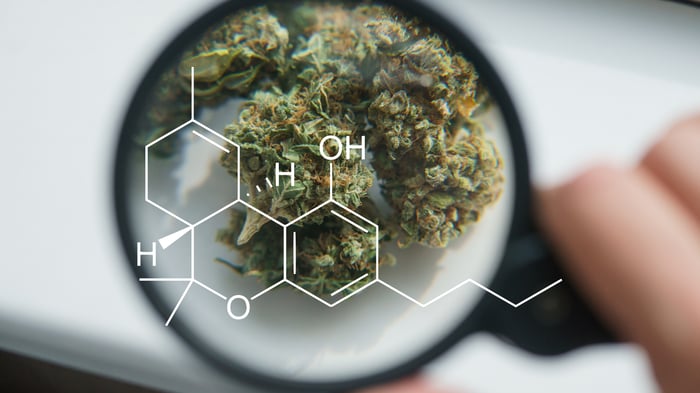 The DEA placed Epidiolex in Schedule V, the least restrictive rating a drug can receive under the CSA, but there were still plenty of restrictions. Effective immediately, prescriptions for Epidiolex will be valid for an entire year and can be easily transferred between pharmacies.

Another banner year ahead

In 2019's fourth quarter, sales of Epidiolex climbed to an annualized $436 million, and sales of the CBD tincture will probably climb much further in 2020. In addition to relaxed restrictions, GW Pharmaceuticals could get a helping hand from the FDA later this year.

At the end of March, the FDA began reviewing a supplemental application that would expand the drug's addressable patient population to include patients with tuberous sclerosis complex -- another serious childhood disease that leads to uncontrolled seizures.

The FDA is expected to announce its decision on that application on or before July 3.