It seems the beleaguered Chinese coffee chain operator might have a fresh new controversy to deal with.

Luckin Coffee (LKNC.Y 3.22%) seems to be getting into more hot water. On Monday it was reported that the company's chairman and its CEO are being forced to hand over a pack of shares after defaulting on a loan.

Haode Investment, a company controlled by chairman Charles Zhengyao Lu, defaulted on a $518 million margin loan to a syndicate of banks, according to a press release issued by one of the syndicate members, American investment bank Goldman Sachs (GS -1.10%).

Nearly 611 million shares of Luckin Coffee stock have been pledged as collateral in the loan, Goldman wrote, which includes shares pledged by the family trust of the company's CEO, Jenny Zhiya Qian. Over 515 million shares of that stock are Class B ordinary shares. 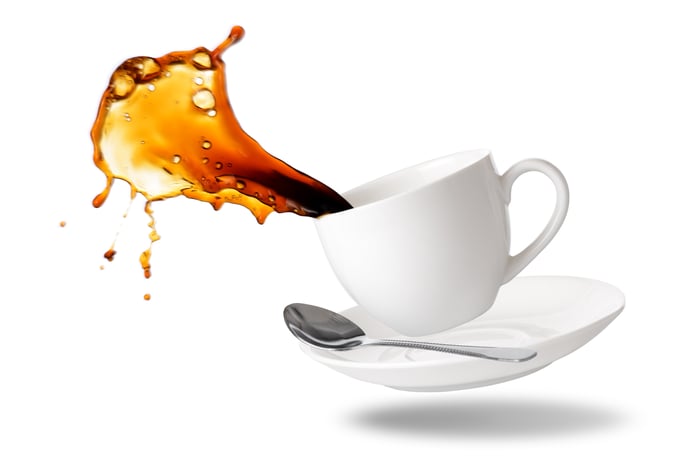 Goldman added, "the Lenders have commenced the process of enforcement against the collateral in order to satisfy the Borrower's obligations under the Facility, including the conversion of Class B ordinary shares of [Luckin Coffee] into American Depositary Shares ... of the Company."

The bank pointed out that if all pledged shares were obtained and sold by the syndicate, Qian's voting rights in Luckin Coffee would "decrease significantly," while Lu's would not.

The news comes on the heels of Luckin Coffee's sales scandal, in which its revenue numbers from the second through the fourth quarters of 2019 were apparently inflated. The malfeasance was originally alleged by China-focused investment company Muddy Waters Research in January. At the time, Luckin Coffee denied the allegations. Last week, however, it said it formed a board committee to investigate the matter.

Luckin Coffee has not yet commented on Lu's loan default, or the fate of the shares pledged by him and Qian.

Unsurprisingly, Luckin Coffee shares plummeted on Monday, declining by over 18% against healthy gains in the broader stock.