Please ensure Javascript is enabled for purposes of website accessibility
Log In Help Join The Motley Fool
Free Article Join Over 1 Million Premium Members And Get More In-Depth Stock Guidance and Research
By John Ballard - Apr 7, 2020 at 10:25AM

The iconic American designer is in a position to survive the economic shutdown over COVID-19.

Ralph Lauren (RL 1.17%) issued a business update on April 6 that outlined steps to protect the health and wellbeing of employees. But the company also highlighted some encouraging signs about the health of its business.

While most of its stores remain closed, especially in North America and Europe, the company said, "We are encouraged by the improving situation in China and South Korea, where most of our retail stores have reopened." The company said it is applying lessons from that region to the rest of the business in other areas of the world. 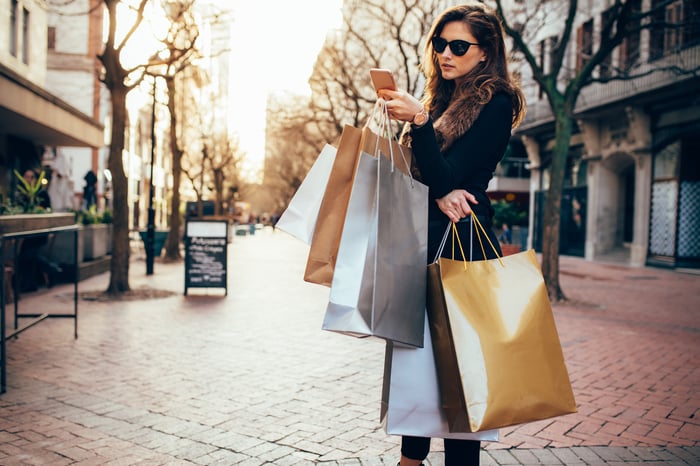 The economic shutdown over COVID-19 is putting tremendous strain on struggling department stores and other luxury stores. While Neiman Marcus and Macy's (M -1.91%) are dealing with a large debt burden, Ralph Lauren could be one of the stronger luxury brands that survives this crisis.

As of Dec. 28, 2019, Ralph Lauren held $1.9 billion in cash and short-term investments and just $694 million in both short- and long-term debt. The company generated $532 million in cash from operations for the nine-month period ending in December and paid out $153 million in dividends and repurchased $542 million of stock.

This strong financial position has allowed Ralph Lauren to support its employees, even those who have been furloughed, with access to the company's Employee Relief Fund.

Meanwhile, Ralph Lauren's digital business remains open and fulfillment centers have resumed operation after a brief pause to put in place safety and health protocols. The company stated, "We remain focused on the need to support our employees and safeguard our business in order to emerge from this crisis in a position of strength."