Please ensure Javascript is enabled for purposes of website accessibility
Log In Help Join The Motley Fool
Free Article Join Over 1 Million Premium Members And Get More In-Depth Stock Guidance and Research
By Billy Duberstein – Apr 9, 2020 at 7:45AM

Check out what these hedge fund managers are doing.

Looking for good investment ideas amid the coronavirus sell-off? Then why not investigate the stocks the world's best investors are already buying?

Recently, three of the most prominent hedge fund managers in the game -- David Tepper of Appaloosa Management, Bill Ackman of Pershing Square Holdings (PSH 1.64%), and Paul Singer of Elliot Management -- all recently disclosed buys they made as the market sold off in March. Here are their picks, all of which which encompassed some of the biggest brands in the world. 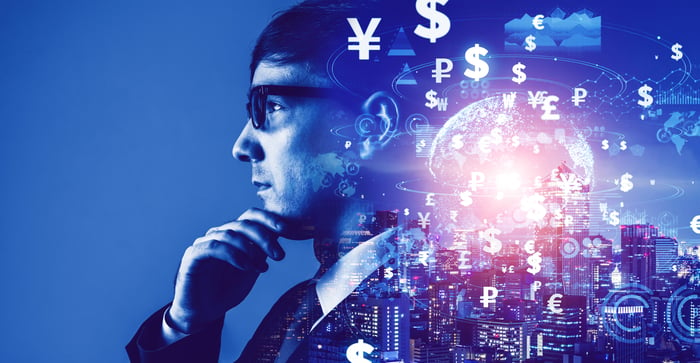 Tepper nibbles on favorite names, the largest being Alphabet

In an interview with CNBC on March 23, Tepper called in to The Halftime Report, telling the show that after the violent sell-off he was "nibbling" on some of his favorite tech stocks. Tepper has concentrated positions in many top technology stocks, and as of the end of the fourth quarter, his largest holding was Alphabet (GOOGL -1.40%) (GOOG -1.39%), at nearly 14.73% of Appaloosa's portfolio.

Alphabet is an interesting choice at the moment. Its advertising revenue, which made up about 82.3% of total revenue last quarter, is set to plummet in the first and second quarters. However, fears over Alphabet's ad revenue may be overblown as well. On April 7, Barclays (BCS -5.98%) analyst Ross Sandler predicted Alphabet's ad revenue will be flat to down 10% in the second quarter, much better than investors' anticipated 20% to 30% decline for the overall digital ad market.

Regardless of this focus on next quarter, Alphabet appears set up for long-term gains. The company is still the dominant search engine for the world and has a number of new businesses that could flourish in the future, such as its Google Cloud Platform, its Waymo self-driving-car unit, and a series of other ventures in hardware, software, and AI-enabled applications. Throw in a whopping $120 billion in cash on its balance sheet, and it's no surprise to see Tepper scooping up some newly discounted shares.

Perhaps no investor anticipated the recent stock market crash better than Bill Ackman. Shortly after the coronavirus appeared in China back in January, Ackman hedged his stock portfolio by buying credit protection against high-yield and investment-grade bond indexes. That $27 million hedge turned into $2.6 billion, as the coronavirus pandemic spread throughout the world and brought on an economic recession.

Yet recently, Ackman closed out his hedges and went very long the stock market once again, buying up a number of his favorite names, including a new $720 million bet on Starbucks (SBUX -0.63%). Ackman had previously invested in Starbucks back in the summer of 2018, making a large profit before fully exiting the position back in January.

However, as Starbucks' stock plummeted in March back toward where Ackman first bought the stock in 2018, he decided to retake a position in the coffee giant. In a recent letter to shareholders, Ackman wrote:

Starbucks' superb digital offering, delivery, and no-touch pickup are well adapted to service its consumers' global coffee habit, particularly when compared with competitors who have not built digital and delivery offerings. ... While we expect that Chipotle -- the Restaurant Brands concepts of Burger King, Popeye's and Tim Horton's -- as well as Starbucks will lose a substantial amount of sales during shutdowns, they will likely gain digital and delivery market share during this period, and will thereby emerge stronger from the crisis.

Finally, Paul Singer-led Elliot management, known for taking activist positions and shaking up management teams, revealed a new $1 billion 4% stake in Twitter (TWTR 0.43%) back on March 2. Elliot apparently took issue with CEO Jack Dorsey's split duties as CEO of both Twitter and Square (SQ 0.61%), as well as his December announcement to work remotely from Africa.

One week later, Twitter reached a truce with Elliot and private equity firm Silver Lake. Per the cooperation agreement, Silver Lake co-CEO and managing partner Egon Durban and Elliot partner Jesse Cohn would each get a seat on Twitter's board of directors. In addition, a third independent director will be chosen in the future as well. The company also intends to use Silver Lake's investment of $1 billion of 2025 convertible notes to help fund a $2 billion share repurchase program. That's equal to about 10% of Twitter's market cap.

Twitter had been in a strong investment cycle before Elliot's investment. Last quarter, the company grew monetizable daily users by 21% year over year, and revenue grew 14%. However, because of the company's heavy investments, operating income actually fell 24% last quarter.

While Elliot may have intended to make the company cut costs and grow profits, Twitter did state in the announcement that it intended to grow mDAUs at least 20% in 2020, which likely means the company will continue in growth mode. Of course, that was the goal as of March 9, before the worst of the outbreak caused Twitter to withdraw 2020 guidance on March 23. It will be interesting to see how Twitter balances growth investments with cost discipline, especially now that it has both an activist investor and a COVID-19 slowdown to contend with.

You might notice these hedge fund all-stars have invested in some of the largest, most dominant brands around. That's not a surprise, since the COVID-19 outbreak took down just about the entire market, while smaller companies face a much more uncertain path through an economic slowdown of indeterminate length. Investors should thus similarly look to the strongest companies in their respective industries to weather the coronavirus downturn.