The country is one of the few European nations that has legalized medical cannabis.

Similar to the dynamic seen in many U.S. states and Canadian provinces, Italy bought significantly more cannabis in 2019 than in the previous year. Citing official government statistics, Marijuana Business Daily reported that the volume of cannabis sold in the country rose almost 50%.

All told, Italians purchased 861 kilos of medical marijuana during the year, well up from the 578 kilos of 2018. Italy is one of the few European countries that has legalized the medical form of the drug; recreational cannabis remains illegal. 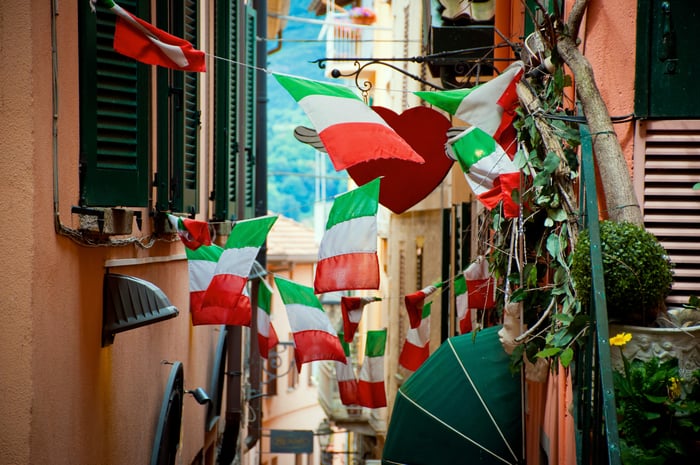 That amount makes Italy the No. 2 consumer of licensed medical marijuana in Europe, second only to Germany. The latter's government recently admitted that it did not know how much product its citizens purchased in 2019, although one reliable number -- the 6,714 kilos it important during the year -- shows it's clearly the leader.

Both Italy and Germany legalized medical marijuana in the 2010s. Italy did so in 2013, and Germany turned on the green light in 2017.

In Italy, most cannabis sold is exported by the Dutch Office of Medical Cannabis and grown by that country's only commercial cultivator, Bedrocan. A small amount of Italian marijuana is grown domestically by an arm of the Ministry of Defense.

The only publicly traded North American marijuana company involved in Italy is Aurora Cannabis (ACB 7.44%), which began shipping a modest amount of product there in 2018, and the following year won a tender to provide 400 kilos over a two-year stretch. Aurora is also active on the German market, although it temporarily had its license suspended late last year.

On Thursday, Aurora's share price rose by 2.8%, exceeding the gains of the key stock market indexes on the day.