Will the decline in MacBook shipments impact revenue significantly for the tech giant?

Apple Inc. (AAPL 0.14%) shipped 3.21 million MacBook's in the first quarter of the calendar year 2020, according to market research firm Canalys. This represented a decline of 21% year-over-year compared to the 4.07 million units shipped in the prior-year quarter.

The MacBook grossly underperformed the worldwide desktop, notebook, and workstation market in Q1, which experienced a decline of 8%. Global shipments fell to 53.68 million units from 58.34 million units in the above-mentioned period.

This meant Apple now has a share of 6% in the global PC market at the end of the first quarter of 2020, down from 7% in the prior-year period. China's Lenovo continued to lead the global PC market in terms of units shipped with a share of 23.9% followed by HP and Dell at 21.8% and 19.6%, respectively. Dell was, in fact, the only major player to experience a rise in shipments, which rose 1.1% to $10.5 million units. 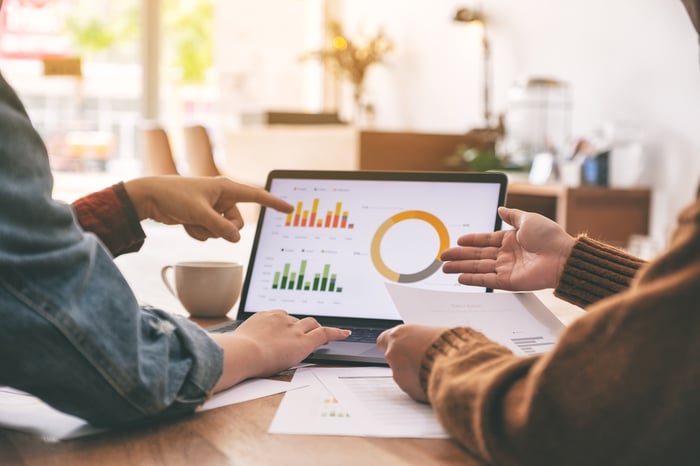 Canalys Director of Research, Rushabh Doshi claimed that demand for PCs was boosted due to the COVID-19 lockdown as people started working remotely while colleges and schools held classes online. However, this was offset by "a constrained supply of Intel processors, caused by a botched transition of 10nm nodes." The supply chain was less than optimal as well. Several factories in China were forced to temporarily shut down after the country's New Year holidays.

In the December quarter, the Mac accounted for 7.8% of Apple's total sales. We have seen that COVID-19 is likely to impact several hardware segments of Apple in the March quarter, due to lower consumer demand.

While the coronavirus is likely to be a near-term headwind, all eyes will now be on the technology heavyweight's upcoming results, which are slated to be announced on April 30.