Please ensure Javascript is enabled for purposes of website accessibility
Log In Help Join The Motley Fool
Free Article Join Over 1 Million Premium Members And Get More In-Depth Stock Guidance and Research
By Eric Volkman – Apr 13, 2020 at 9:22AM

The company is capping the price at $35 per month for most patients.

Eli Lilly (LLY 0.19%) is giving diabetes patients in the U.S. a break. The pharmaceutical giant is capping the out-of-pocket cost of most of its insulins to $35 per month to help ease the financial burden on diabetics who might be facing financial challenges due to the SARS-CoV-2 coronavirus outbreak.

This cap will apply to both patients who hold commercial health insurance and those who have no insurance coverage. Those covered under government insurance plans such as Medicaid and Medicare will not be eligible for the discounted price. 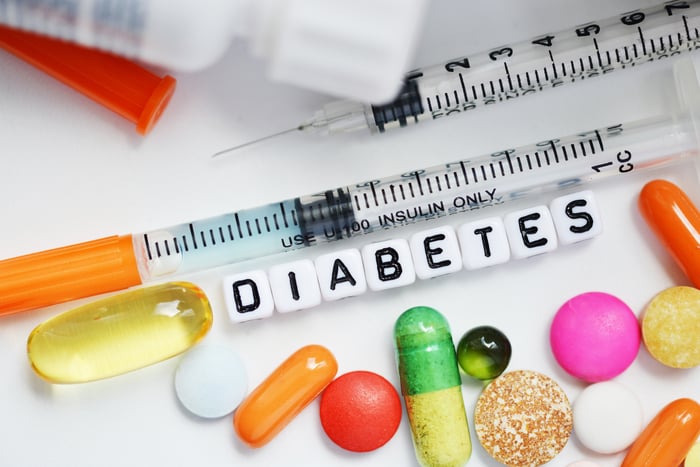 Perhaps not coincidentally, in March the government announced a plan under which insulin would be capped at $35 per month for people enrolled in Medicare.

In recent years, insulin manufacturers -- of which Eli Lilly is a major one -- have come under fire from consumer advocates because of the high price of the medicine. From 2012 to 2016 that cost nearly doubled. Under heavy criticism, those companies have recently started to cut prices.

Following a round of Senate hearings on the subject in early 2019 in which seven executives from pharmaceutical companies active in the insulin market were questioned by lawmakers, a round of reductions occurred. Although Eli Lilly did not participate in the Senate hearings, it nevertheless rolled out generic versions of its popular insulin Humalog that were priced more than 50% lower than the branded product.

On Thursday, Eli Lilly's shares fell marginally, while the broader stock market and most major equity indexes rose on the day.