The hospitality giant also announced a new commitment for a short-term credit facility.

The hotelier expects to report that its systemwide revenue per available room (RevPAR) slumped 23% in the first quarter of 2020 due to the COVID-19 pandemic. In the month of March, RevPAR plunged roughly 60% worldwide. While Marriott is beginning to see preliminary signs of stabilized demand in Greater China, it noted that "the negative trends in the rest of the world have not yet stabilized." Currently, 25% of the company's 7,300 properties remain temporarily shuttered. 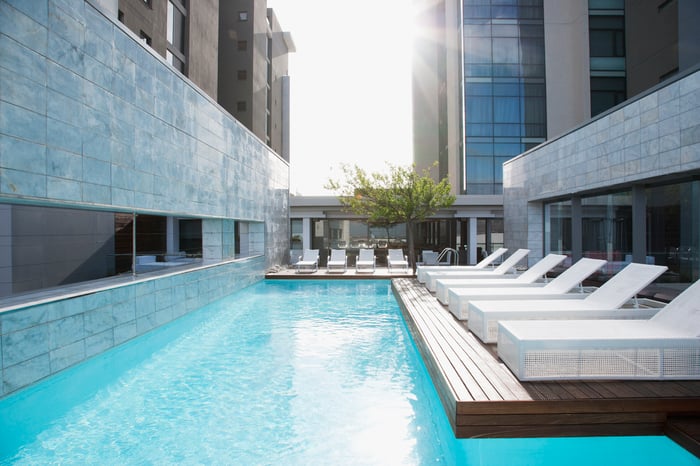 Marriott also informed its shareholders that it has received a commitment for a short-term credit facility in the amount of $1.5 billion. This follows the complete drawdown of the company's existing $4.5 billion credit facility in early April. The new credit agreement comes with a few restrictive covenants. Most prominently, availability on the credit line will be reduced by new debt and equity issuances, as well as by proceeds from any asset sales.

While the hotel giant is likely to see a similarly impacted second quarter -- North American occupancy levels, for example, currently stand at just 10% -- management provided reassurance on the company's longer-term outlook. Marriott noted that while cancellations have hit a historically high level for the first half of 2020, many of its group customers are "tentatively rebooking" for the back half of the year. In addition, group cancellations related to COVID-19 for 2021 have so far been insignificant. Investors appeared to take today's update in stride, as Marriott shares were up 4% in early afternoon trading Tuesday.