Users will only see changes if they have set their video quality higher than the default setting.

Google is telling Nest camera users it is reducing the quality of the video the cameras produce in an effort to conserve bandwidth.

The adjustments will be occurring over the next few days. If users have a change made to their system they'll be notified of it, and they'll have the ability to go back and manually readjust it to higher quality settings. 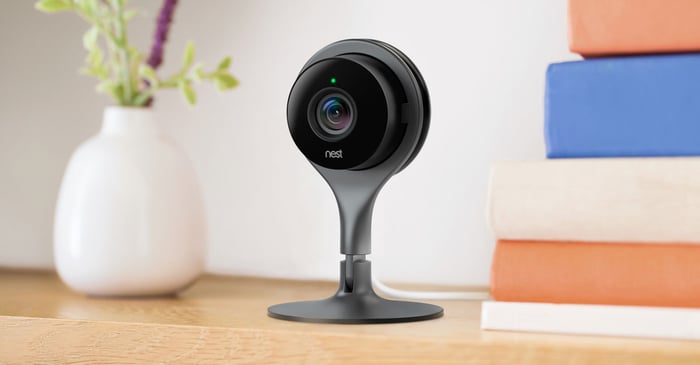 Where less is more

The move is part of Alphabet's (GOOG -0.47%) (GOOGL -0.64%) effort to prioritize bandwidth use during the coronavirus pandemic as tens of millions of people have been ordered to shelter in place and are now consuming more bandwidth than they otherwise would.

Recently, Google slowed the speed of YouTube streaming video in Europe, as did Microsoft (MSFT 0.03%) for its Xbox service, Amazon.com (AMZN -0.40%) for Prime video, and Netflix (NFLX -1.94%) for its service.

Sony (SONY -0.71%) similarly throttled speed in Europe for its PlayStation platform, but also did so here in the U.S. to "preserve internet access for the entire community."

A Google spokesperson told TechCrunch, "To answer the global call to prioritize internet bandwidth for learning and working, in the next few days we're going to be making a few changes. We believe these changes have the potential to help make it easier for communities to keep up with school, work, and everything in between."

Google is only making the change to systems where the user has set the video quality higher than the default setting. For those who kept the quality at the default level, or have it set lower, Google won't make changes to their cameras.