Please ensure Javascript is enabled for purposes of website accessibility
Log In Help Join The Motley Fool
Free Article Join Over 1 Million Premium Members And Get More In-Depth Stock Guidance and Research
By Will Healy – Apr 17, 2020 at 8:15AM

The coronavirus crisis has added some new complexity to the question of whether Microsoft (MSFT -0.97%) or Alphabet (GOOGL -0.01%) (GOOG 0.02%) is the better investment. Both companies boast massive cash hoards and solid balance sheets. They're also benefitting from an increased reliance on technology as people and businesses seek virtual connections unaffected by the shelter-in-place orders.

Though neither tech company has built a long-term advantage, the unique conditions of the coronavirus pandemic may influence which tech conglomerate has fostered an edge during this time.

However, Alphabet stands out with its research and development, spawning more innovation than it could efficiently operate. From Waymo self-driving cars, to Verily Life Sciences, to the numerous other subsidiaries under the Alphabet umbrella, Alphabet has some obvious potential.

Still, for all of those divisions, the company continues to generate around 82.3% of its total revenue from Google Advertising. Moreover, due to the economic downturn brought about by COVID-19, analysts forecast that Alphabet will see an annual reduction in profit, something the company managed to avoid during the 2008 financial crisis. 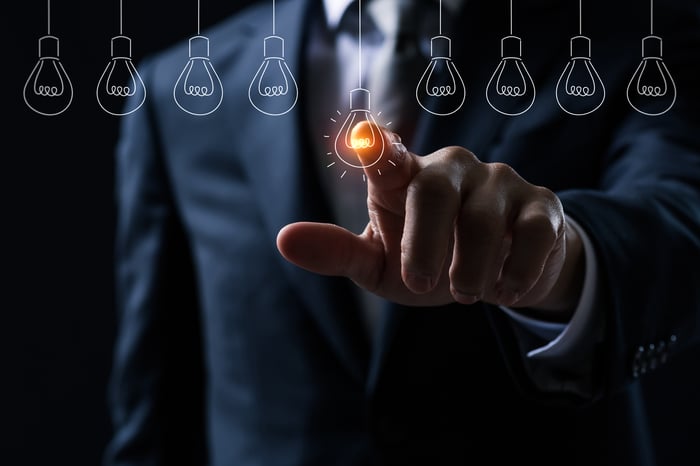 Compare that with Microsoft, which continues to prosper even amid a crackdown.

Coronavirus has forced more workers than ever before to work from home, a move that plays to Microsoft's strength in the cloud business. While earnings estimates for Microsoft have fallen modestly in recent weeks, they slightly exceed the profit forecasts of 90 days ago.

Since Microsoft appears better-equipped to weather this storm, one has to give the edge to the Redmond, Washington-based software giant.

The companies' financials leave few areas of fault. The solidity of their balance sheets is unmatched by just about any other U.S.-based company. Both companies have cash hoards exceeding $100 billion along with debt levels well below the size of those cash positions.

Despite significantly lower revenue, Microsoft manages to turn a higher profit. And while not large, the fact that Microsoft offers a dividend payout at all gives the software giant an edge in this area. Still, Alphabet holds the advantage in terms of revenue and cash flow. It also holds a massive lead in its cash position after subtracting long-term debts. For this reason, I think Alphabet comes out slightly ahead.

We see the biggest differences in valuation. Microsoft trades at a forward P/E of about 27.9, somewhat above Alphabet's forward multiple of around 24.3. Other metrics such as price to free cash flow or enterprise value to EBITDA confirm that Alphabet stock trades at a lower valuation.

Thanks in large part to the COVID-19-induced downturn, the advantage currently falls to Microsoft. With more work being conducted online, users have more of a need for the cloud services Microsoft offers. Conversely, for all of its moves into other industries, Alphabet remains largely an ad company when measured by revenue. With fewer businesses advertising in the current environment, Alphabet will struggle to grow its profit for the time being.

That said, investors need to understand this is fluid. Should ad sales return, or if one or more of Alphabet's innovations become major revenue sources, the competition could easily tilt in Alphabet's favor, particularly with its lower valuation.

However, with the lockdown expected to partially remain for some time, Microsoft should hold the edge for the foreseeable future.