Sales appear to be recovering gradually moving into April.

The parent company of Outback Steakhouse and Carrabba's Italian Grill, Bloomin' Brands (BLMN -1.06%), provided a preliminary report yesterday detailing the sales of the past seven weeks, plus its current cash situation. The numbers are estimated, unaudited, and subject to change. However, the restaurant company seemingly has enough cash to continue operating under current conditions for at least seven more months.

Sales figures for the past seven weeks show the coronavirus began to reduce sales in the week ending March 8. Maximum losses hit during the weeks ending March 22 and March 29. During that time, Bloomin's two biggest brands, Outback Steakhouse and Carrabba's, saw weekly sales plunge up to 63.7% and 83.4% year over year respectively. 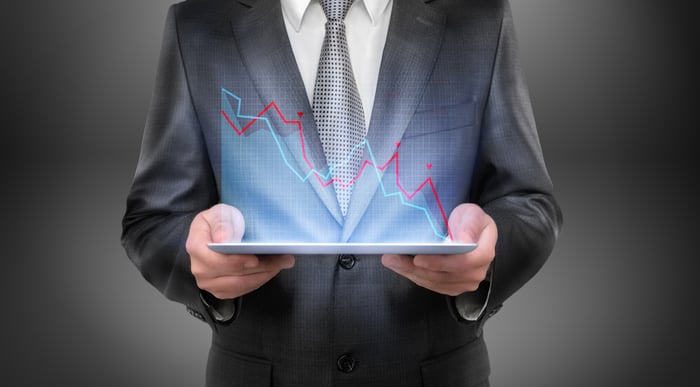 With the arrival of April, sales are still down sharply from last year, but appear to be slowly recovering. Combined U.S. sales for all brands were down 69.5% in late March, but only 55.9% for the week ending April 12.

Against this backdrop, Bloomin' says that at current sales levels it's experiencing a weekly cash burn rate of $8 million to $10 million. With approximately $304 million in liquidity currently available, Bloomin' can operate for roughly 30 to 38 more weeks before its cash is exhausted, assuming no change in either sales or expenditures.

The company says rent, marketing, and other expenses are being tightly controlled, though it is still giving relief payments to its employees following dine-in closures. Its cost-cutting measures included suspending dividends in late March. Bloomin' plans to release its official fiscal Q1 2020 results on May 8, at approximately 7 a.m. EDT. An earnings conference call and webcast will follow 90 minutes later.