Timing the promotional gesture carefully to coincide with the start of a new Michael Jordan documentary mini-series, The Last Dance, Nike (NKE -0.38%) put up a limited number of Air Jordan 5 Fire Red shoes two weeks before the sneaker's official May 2 launch. Though the release came as a surprise, fans and Nike enthusiasts bought out the offering almost immediately, paying $200 per pair to get the scarlet-highlighted footwear early.

Originally released in 1990, the Fire Red sneaker was worn by Michael Jordan on March 28 of that year during a game between Chicago and Cleveland. Nike says the Air Jordan 5 series takes style cues from the famous North American P-51 Mustang piston-engined fighter of World War II, one of the war's top combat aircraft. The Fire Red "colorway," after its initial 1990 release, saw additional production runs in 2006, 2013, and 2016 before its return this year. 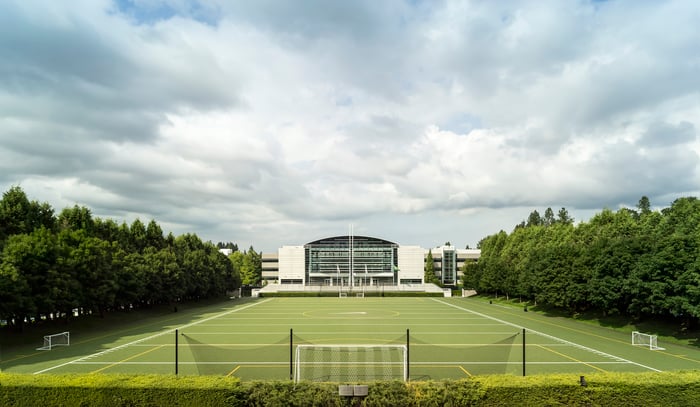 Nike kept mum about the early limited release until the day The Last Dance started airing, when it sent out notifications on its SNKRS app. The main release is still scheduled for May 2.

Early purchasers met the surprise with enthusiasm, buying out the limited supply within minutes, according to news sources. The retro-styled Air Jordans will sell for $200 a pair on their official release date, too, with those for "big kids" going for $140 and "little kids" sizes retailing for $80.

Nike is currently the world's top apparel brand, worth over $34 billion.