HCA Healthcare (HCA 1.09%) shares sank on Tuesday in the wake of its first-quarter earnings release. Not only did the hospital and healthcare facility operator's results fail to meet expectations, it also announced a set of measures to shore up its finances that weren't pleasing to investors.

For the quarter, HCA booked revenue of $12.86 billion, which was nearly 3% higher on a year-over-year basis. Net income, by contrast, plunged by 44% to $581 million ($0.69 per share). The bottom line was particularly affected by losses on the retirement of debt; these amounted to $295 million, or $0.66 per share. 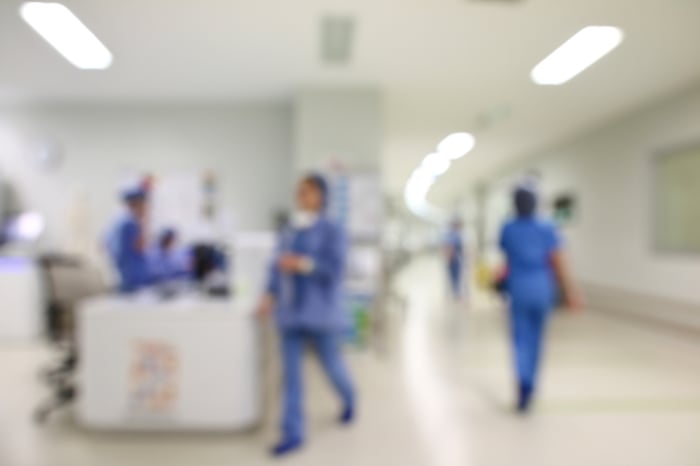 Both headline numbers fell short of analysts' average estimates, which were for $13.1 billion on the top line and $2.67 per share in net profit.

Like many, many other companies across the economy, HCA is pulling its guidance for 2020, in recognition of the fact that "the extent of COVID-19's adverse impact on its operating results and financial condition will be driven by many factors, most of which are beyond the Company's control and ability to forecast."

And, also like many other public companies, its taking steps to cushion itself from the financial damage caused by the coronavirus pandemic and the measures being taken to slow its spread. The healthcare company announced in conjunction with the earnings release that it has suspended its quarterly dividend, halted its share buyback program, moved to reduce costs and capital expenditures, and taken out a $2 billion term credit facility to supplement existing debt instruments.

HCA has also put in a request for accelerated Medicare payments, which was made an option under the CARES Act.