Analysts cut estimates for the online travel agent amid a dour outlook for the hospitality industry.

Shares of Expedia (EXPE 1.66%) were down as much as 8% in midday trading Tuesday, as analysts cut their price targets for the online travel service, but it was able to regain ground heading into the market's close, with the stock ending down 4.4% for the day.

Overnight, a UBS analyst cut the travel agent's price target to $84 per share, down 16% from the previous $100 price level he set, following a Citigroup analyst who also lowered his price target to $80 the day before, though from a much higher $130-per-share level. 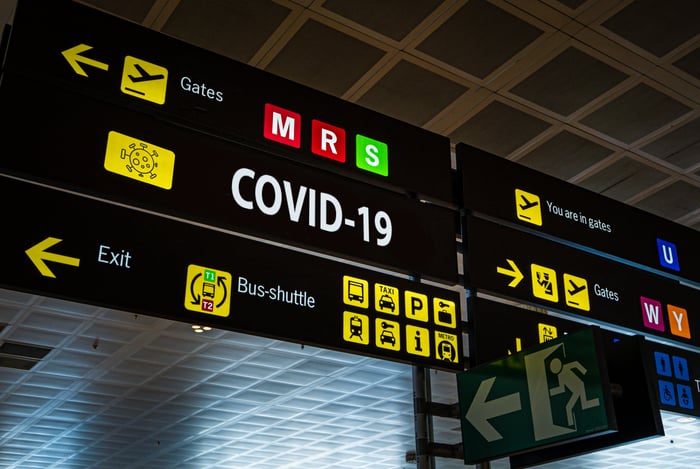 Although Expedia's stock had closed Monday's session at just under $60 per share, meaning there was still substantial upside to where the analysts saw the shares heading, additional pressure from depressed oil prices signaling limited travel opportunities for the immediate future also probably weighed on the stock.

Despite the price target cuts, the analysts maintained their buy ratings, as hospitality industry weakness will be a relatively short-term phenomenon.

Still, Expedia Chairman Barry Diller recently said the company would be cutting its advertising budget by at least 80% to conserve cash, and the company has suspended all stock buybacks. It also withdrew its guidance for the year, suggesting it may be a while before Expedia is able to achieve even those new, lower price targets.