Though its wireless connectivity devices are in high demand now, investors may finally be recognizing that the slowing economy could be a headwind for the company.

Shares of Inseego (INSG 0.47%), a provider of wireless broadband access equipment, closed trading Thursday down 8.9% as more negative information about the U.S. economy came to light. The Labor Department reported that another 3.8 million Americans filed for unemployment insurance during the past week, indicating the U.S. economy continues to head toward a recession. 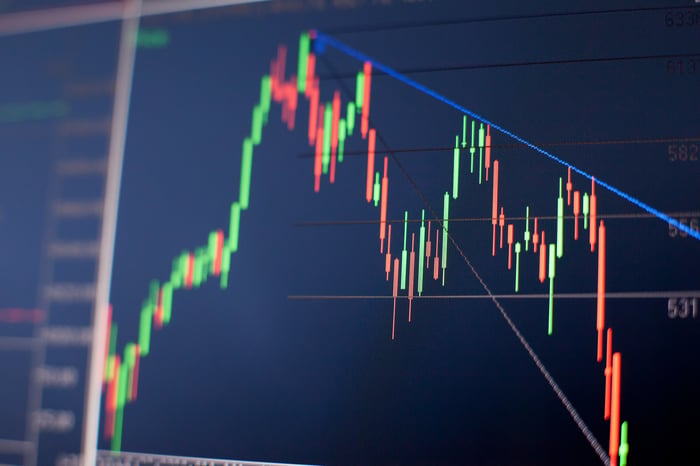 Even factoring in Thursday's sharp drop, Inseego's stock price is up by more than 70% for the month of April. The company has benefited from the rapid spike in the number of Americans who are working from home.

"We're seeing unprecedented demand for our wireless mobile broadband devices, spurred by the dramatic change in how we are living, working and learning from home," CEO Dan Mondor said earlier this month.

But investors may be realizing that Inseego will not be able to fully escape the effects of the tanking U.S. economy. This week, an additional 3.84 million new jobless claims were filed, pushing the rolling six-week total to more than 30 million.

Additionally, investors may have latched onto the fact that analysts at Vertical Research issued a sell rating for Inseego when they initiated coverage of the company Thursday.

Inseego will release its first-quarter earnings report on May 6; management said earlier this month that revenue for the period will exceed analysts' consensus estimate of $52 million. Additionally, the company expects revenue in the second quarter to be in the range of $75 million to $85 million, which would be a year-over-year increase of 43% at the midpoint.

Inseego's share price slide Thursday could be the result of investors temporarily pulling back on the stock after it's meteoric rise this month, but it's also likely that investors are beginning to take into account how the slowing economy could affect the company.