Please ensure Javascript is enabled for purposes of website accessibility
Log In Help Join The Motley Fool
Free Article Join Over 1 Million Premium Members And Get More In-Depth Stock Guidance and Research
By John Ballard – May 5, 2020 at 9:12AM

Sometimes it can pay to follow the stocks the big investment firms buy. The investors who manage billions of dollars can gain important insights about an industry or specific company through discussions with company executives and meticulous research that individual investors can't conduct on their own.

ValueAct Capital makes investments in companies with the potential to unlock value for shareholders. Unlike other activist firms, ValueAct stands out for its willingness to work with management to grow the value of the company over the long term, instead of pushing for drastic changes in pursuit of a quick reward.

Based on a letter obtained by Reuters, ValueAct has built a 2% stake in Nintendo (NTDOY -1.01%) worth $1.1 billion. It's not a good idea to blindly follow even the most respected value investors. While the smart money can be a good source of investment ideas, it's wise to assess the company for yourself to determine if the stock is suitable for your portfolio.

With that in mind, here are two reasons ValueAct likes Nintendo. 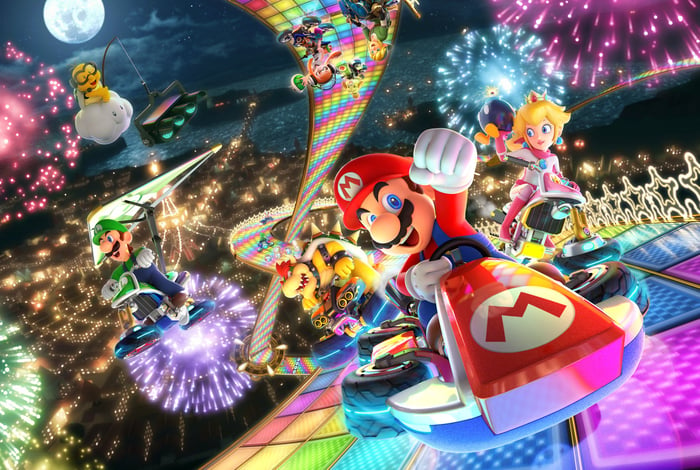 One reason for ValueAct's investment was Nintendo's growth potential in digital sales, according to the report from Reuters. While Activision Blizzard (ATVI -0.71%) and Electronic Arts generate most of their revenue from digital channels, Nintendo makes less than a third of its sales from digitally delivered content. But it's gradually growing as a higher percentage of the total business.

Through the first nine months of fiscal 2020 (which ended in March), digital sales totaled 28.6% of Nintendo's business. This includes sales of downloadable versions of packaged games, Nintendo Switch Online subscriptions, and add-on content for games. Last year, digital sales made up just 21.8% of Nintendo's revenue.

Nintendo's efforts to boost digital sales include releasing two or three mobile games per year. Last year's Mario Kart Tour was the biggest launch yet for Nintendo on mobile devices. Nintendo has also made it easier for players to purchase and download games through the Nintendo eShop.

If Nintendo can keep this momentum going, higher digital sales would be beneficial to margins and earnings growth. Nintendo's revenue growth has slowed lately, but operating profit jumped 19.5% for the nine-month period through December, which can be attributed to more games purchased digitally.

Video game movies are not sure things

Nintendo is also pursuing growth outside of making games. After several meetings with management, ValueAct believes in Nintendo's potential to become a large digital entertainment provider, on a level with Netflix and Disney's streaming service, Disney+.

While the thesis around digital sales growth is sound, I am more skeptical about investing in a video game stock because it's going to be the next Disney. There's certainly potential for a company like Nintendo, with popular characters including Mario and Zelda, to release movies and TV shows to reach a broader audience. But video game companies have been trying this for decades, and it's never taken off.

Nintendo was one of the first video game companies to try its hand at a video game movie, with Super Mario Bros. in 1993. It had an all-star cast -- Bob Hoskins, a young John Leguizamo, and Dennis Hopper -- but it didn't perform well and received a Rotten Tomatoes score of 23%.

There have been recent winners, though. The latest release, Sonic the Hedgehog, starring Jim Carrey, has performed very well. It grossed $146 million at the box office on a production budget of $85 million.

But video game movies have been hit-or-miss. There were high expectations for Warcraft: The Beginning (2016), based on Activision Blizzard's Warcraft franchise, but like other game-to-screen adaptations, it performed poorly, grossing just $47 million.

Likewise, Assassin's Creed (2016), based on one of the most popular franchises in the industry from Ubisoft Entertainment, also flopped, grossing $54 million on a budget of $125 million.

Despite that mixed record, Nintendo believes its upcoming Mario movie, slated for 2022, will be one of the few that deliver a profit. Nintendo is working with Illumination Studios, the creator of the successful Despicable Me franchise, so there is reason for optimism.

Is Nintendo a buy?

Based on a trailing price-to-earnings ratio of 24, Nintendo stock seems a sensible buy just based on the prospects for growing digital sales and improving margins. If Nintendo strings together a series of movies that perform well at the box office, that would pad profits even further. But trying to predict Nintendo's success at the box office is like flipping a coin, given the history of previous video game adaptations.

Keep in mind, Activision Blizzard is pursuing the same opportunities as Nintendo, including a potential Call of Duty film series. As I previously wrote, Activision has more to offer investors who are looking for a growth stock in gaming. I own shares of Nintendo, mainly because I'm bullish on the whole industry, but I don't expect Nintendo to become the next Disney any time soon.