Please ensure Javascript is enabled for purposes of website accessibility
Log In Help Join The Motley Fool
Free Article Join Over 1 Million Premium Members And Get More In-Depth Stock Guidance and Research
By Reuben Gregg Brewer – May 7, 2020 at 12:47PM

The gain was almost unreal, but the earnings report that precipitated it wasn't. Here's a few things investors liked about the update.

Shares of billboard specialist Lamar Advertising (LAMR -0.69%) rose an incredible 35.9% when the market opened for trading on May 7. Put another way, the stock price increased by more than a third in less than 30 minutes. It gave back part of that gain by 10:30 a.m. EDT, but it was still up nearly 20%. That said, the real estate investment trust (REIT) remains lower by around 30% for the year. The catalyst for the clear reversal in investor opinion was earnings, or, more precisely, management's comments about the future.

Lamar is pretty clear about the biggest target audience for its billboards: drivers. With efforts to slow the spread of COVID-19 centering around closing nonessential businesses and asking people to stay home, investors have been worried that the REIT's business would falter badly. The first quarter was actually pretty good, but it didn't include much of an impact from COVID-19 because of the timing of the end of the quarter. Of note, revenue and adjusted funds from operations were both higher year over year, up 5.8% and 13%, respectively. 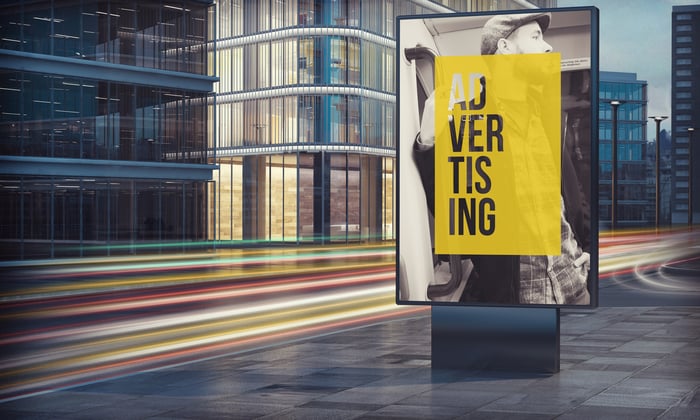 But that's the past, with the company announcing in early April that it was dealing with some troubling issues, like customer cancellations. That's something that was bound to affect the future, and not in a good way. Further, it was taking steps to shore up its liquidity and reevaluating its dividend, which suggested it was preparing for a difficult road ahead. So when CEO Sean Reilly noted in the earnings release that he was "encouraged by several signs we are seeing" and then listed traffic rebounds, increasing business activity, a slowdown in cancellations, and, perhaps most important, an increase in new business, investors clearly got a lot more positive about the future for the billboard REIT.

Lamar Advertising is still dealing with the impact of COVID-19. The CEO's positive comments shouldn't be seen as indicating that things are back to normal. For example, it didn't give an update on the dividend, saying only that the board would announce something later in May. However, the improving outlook does suggest that the worst-case scenario, which it appears many investors were fearing, simply didn't happen. That's clearly good news for Lamar (and the economy more broadly). Investors reacted accordingly.