Please ensure Javascript is enabled for purposes of website accessibility
Log In Help Join The Motley Fool
Free Article Join Over 1 Million Premium Members And Get More In-Depth Stock Guidance and Research
By Keith Speights – May 8, 2020 at 7:00AM

Yes, it's been a rough year for Globus Medical (GMED -0.86%). The medical-device stock is down nearly 20% year to date, a steeper decline than the major market indexes.

But quarterly earnings releases give companies an opportunity to change the narrative. Globus announced its first-quarter results after the market closed on Thursday. This time, though, investors' perceptions probably weren't changed. Here are the highlights from the company's Q1 update. 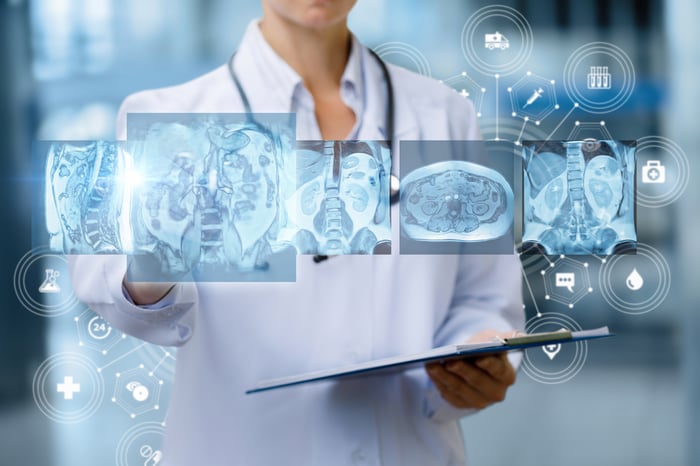 The medical-device maker announced Q1 net income of $25.9 million, or $0.25 per share, based on generally accepted accounting principles (GAAP). However, Globus' GAAP bottom line trended in the wrong direction. In the same quarter of 2019, the company reported GAAP earnings of $33.2 million, or $0.33 per share.

Did Globus' non-GAAP bottom line look better? Not really. The company reported adjusted net income of $0.29 per share, a sharp decline from adjusted earnings of $0.36 per share posted in the prior-year period and well below the consensus Wall Street adjusted earnings estimate of $0.38 per share.

Globus Medical said that its first-quarter sales in the U.S. rose 7.4% year over year. However, its international sales fell by 9.3%. The good news is that the company generates over 80% of its revenue in the U.S. market, so the international revenue decline didn't hurt too much.

What did hurt, though, was the impact of the COVID-19 pandemic. Globus stated that the coronavirus outbreak caused Q1 sales to be roughly $20 million lower than they otherwise would have been.

However, Globus Medical CEO Dave Demski said that the company's "conservative financial philosophy" put it in a good position to weather the storm relatively well without having to push back on key initiatives. Globus launched three new spine products in Q1, as well as its Sable spacer for minimally invasive transforaminal lumbar interbody fusion (TLIF).

The company's bottom line deteriorated in the first quarter, despite a modest revenue increase, for a couple of reasons. First, Globus' cost of goods sold rose at a faster rate than its sales did, resulting in a relatively flat gross profit compared to the prior-year period. Second, the company's operating expenses increased by nearly 9% year over year, faster than its revenue grew.

Globus Medical withdrew its full-year 2020 guidance that it announced in February due to the uncertainties caused by the COVID-19 pandemic. This wasn't surprising, since many other companies in the healthcare sector have withdrawn their guidance, as well.