Please ensure Javascript is enabled for purposes of website accessibility
Log In Help Join The Motley Fool
Free Article Join Over 1 Million Premium Members And Get More In-Depth Stock Guidance and Research
By Rich Duprey – May 12, 2020 at 2:03PM

The coffee shop looks to join the growing market in China.

According to TechCrunch, the doughnut and coffee chain announced the funding on its Weibo social media account. Details on the amount were not available. 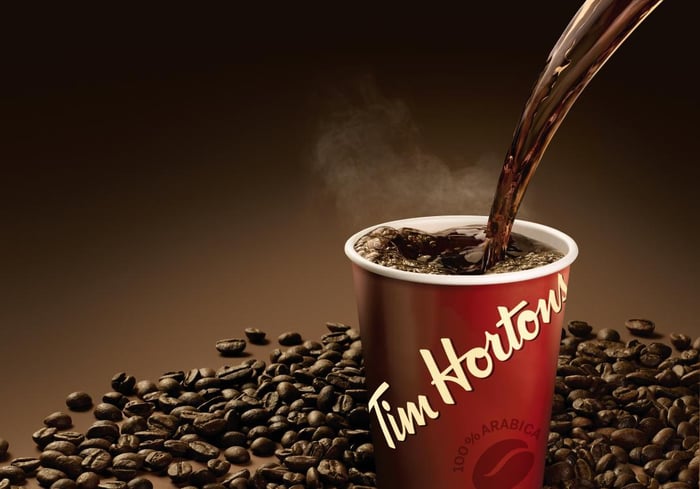 A crowded, but growing, market

Expanding another coffee chain in a country known for its love of tea may seem counterintuitive, but Starbucks has proved particularly adept at the exercise. Moreover, before its accounting scandal was uncovered, China's Luckin Coffee seemed to be on a growth spurt as well.

While Starbucks has a considerable lead, it's not expecting a return to growth until late this year, despite 98% of its 4,100 restaurants in China having reopened.

Having entered the country a little over a year ago, Tim Hortons trails far behind with about 50 restaurants, though it anticipates one day having as many as 1,500 locations. It plans to use the financing to upgrade its digital infrastructure and open more stores.

Partnerships seem to be a driving force in the space as Starbucks has teamed up with Alibaba for a broad retail development program covering stores, delivery, and distribution within Alibaba's supermarket division.

Tim Hortons' first-quarter systemwide sales dropped 10% on a decline in comparable store sales of a similar percentage due to the COVID-19 pandemic.

Rich Duprey has no position in any of the stocks mentioned. The Motley Fool owns shares of and recommends Alibaba Group Holding Ltd., Luckin Coffee Inc., Starbucks, and Tencent Holdings. The Motley Fool has a disclosure policy.