Please ensure Javascript is enabled for purposes of website accessibility
Log In Help Join The Motley Fool
Free Article Join Over 1 Million Premium Members And Get More In-Depth Stock Guidance and Research
By Brian Orelli, PhD – May 14, 2020 at 3:16PM

The startup aims to take on bluebird bio and Bristol Myers Squibb with its CAR-T therapy targeting BCMA for multiple myeloma.

Legend Biotech is looking to raise $100 million in an initial public offering. The biotech, which hopes to be listed on the Nasdaq under the ticker LEGN, is still early in the IPO process and hasn't established a price range for the shares it plans to sell.

That's the same type of therapy, targeting the same antigen for the same disease, as idecabtagene vicleucel (ide-cel), which bluebird bio (BLUE 11.05%) and Bristol Myers Squibb (BMY -0.86%) are developing in partnership.

LCAR-B38M/JNJ-4528 has two names because Legend licensed 30% of the rights to the drug to Johnson & Johnson's (JNJ -0.71%) Janssen division for $350 million up front plus milestone payments. So far, Johnson & Johnson has paid $110 million to Legend for meeting four milestones, and it's still eligible for $125 million if it achieves manufacturing milestones, plus an additional $1.115 billion for meeting future development, regulatory, and sales milestones. 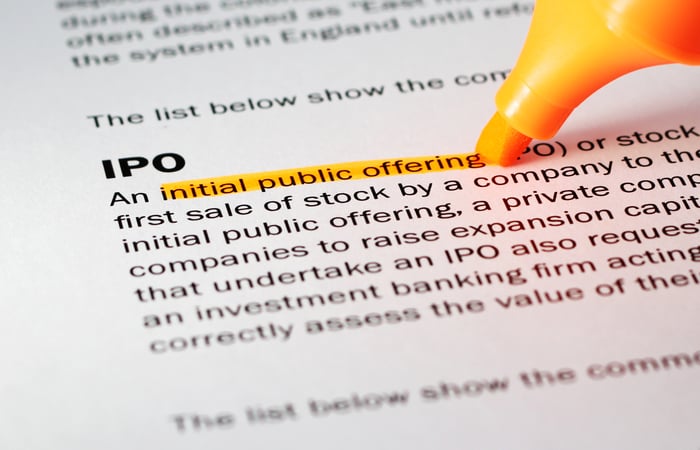 Johnson & Johnson is still enrolling patients in a phase 3 clinical trial for LCAR-B38M/JNJ-4528, which puts the drug behind are behind ide-cel. But this week, Bluebird and Bristol Myers Squibb and received a refuse-to-file letter from the Food and Drug Administration in response to their new biologics license application, which will allow Legend and Johnson & Johnson to catch up a little.

Of course, in the long term, this competition will come down to efficacy and safety. Legend thinks its CAR-T design, which contains two binding domains for BCMA, will help its therapy work better than traditional CAR-T therapies that only bind a single domain.

Beyond LCAR-B38M/JNJ-4528, Legend has quite a few wholly-owned pipeline candidates, although they're all in early-stage development.