Please ensure Javascript is enabled for purposes of website accessibility
Log In Help Join The Motley Fool
Free Article Join Over 1 Million Premium Members And Get More In-Depth Stock Guidance and Research
By Howard Smith – Updated May 27, 2020 at 3:02PM

Local officials have unanimously agreed with the plan, so it will be sent to Florida Gov. Ron DeSantis for approval.

Florida's Disney World and its worker unions have agreed to practices and procedures that will be in place for reopening the Orlando theme park. The agreement includes the company providing employees personal protective equipment (PPE) and related COVID-19 training, and relaxing attendance rules for workers who report feeling ill. 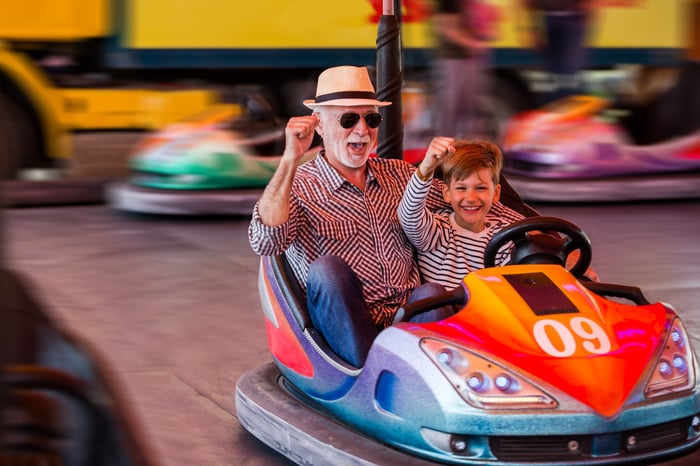 Disney World employs 77,000 workers, making it the largest employer in central Florida, according to the report. The Disney Springs complex opening included a mask requirement and temperature checks for visitors, and limited capacity to allow for social distancing.

Recent reports have also said that Disney is in talks with the NBA to host the remainder of the season at its nearby ESPN Wide World of Sports Complex in Orlando.

Disney started closing its theme parks around the world in January as the COVID-19 outbreak spread. It opened its Shanghai park on May 11 with limited attendance and other precautions.

Local Florida officials have already also approved reopening plans from the nearby Universal Orlando theme park and sent them to the governor. Universal has already opened shopping and dining areas, similar to Disney Springs. It has set a June 5 goal for reopening its theme park. Disney has said it is planning a July 11 phased reopening of the Disney World park if Gov. DeSantis approves the proposal.