Please ensure Javascript is enabled for purposes of website accessibility
Log In Help Join The Motley Fool
Free Article Join Over 1 Million Premium Members And Get More In-Depth Stock Guidance and Research
By Timothy Green – Jun 9, 2020 at 10:16AM

IBM made an ethical stand on facial recognition technology, and Apple plans to move away from Intel chips.

After a long rally driven partly by optimism surrounding the reopening of the U.S. economy, the Dow Jones Industrial Average (^DJI -0.43%) gave back some ground on Tuesday. The Dow was down about 0.9% at 10:45 a.m. EDT.

Shares of International Business Machines (IBM -0.22%) underperformed after the company announced it was exiting the facial recognition business due to ethical concerns. Meanwhile, Apple (AAPL 0.66%) stock managed to gain following a report that the tech giant will reveal a custom chip for its Mac computers later this month. 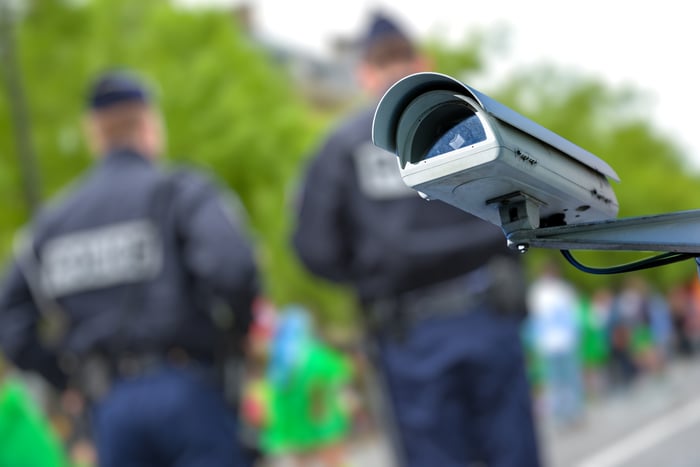 While AI is a critical growth area for IBM, the company won't put growth ahead of ethics. On Monday, IBM CEO Arvind Krishna sent a letter to Congress announcing that the company has exited the facial recognition business entirely.

"IBM no longer offers general purpose IBM facial recognition or analysis software. IBM firmly opposes and will not condone uses of any technology, including facial recognition technology offered by other vendors, for mass surveillance, racial profiling, violations of basic human rights and freedoms, or any purpose which is not consistent with our values and Principles of Trust and Transparency," reads the letter.

CNBC reported that IBM's facial recognition business wasn't a source of significant revenue for the company, but that the U.S. government was a major customer. Krishna's letter also included specific policy proposals related to police reform and education programs.

IBM stock was down about 2.9% on Tuesday morning. Shares of the tech giant have now slid roughly 17% from their 52-week high.

Apple has long designed its own chips for the iPhone and iPad, and those chips have helped Apple keep its mobile devices at the top of the heap in terms of performance. Smartphones have been largely powered by chips based on the ARM instruction set since the devices first emerged, and Apple's chips are no different.

In the PC market, both Intel (INTC -0.30%) and Advanced Micro Devices design chips that are based on the x86 instruction set. Apple's Mac computers currently use Intel chips, and the macOS operating system and all the software that runs on Macs are compiled and optimized for x86. Because of this, moving to a custom ARM-based chip for the Mac is not a simple matter, requiring developer buy-in and possibly some form of emulation for older applications.

Despite the challenges, Apple is planning to make the move away from Intel. Bloomberg reported on Tuesday that Apple will announce its new Mac processor as early as its annual developer conference, which kicks off later this month. Macs using the new processor, which is based on the processor Apple uses for its iPhone and iPad, will be available sometime in 2021 under the plan. The new Macs will still run the macOS operating system, not the iOS operating system reserved for Apple's mobile devices.

It may take years for Apple to fully wean itself off Intel, particularly when it comes to the higher-end Mac devices, which require world-class performance. But the move will give Apple even more control over its devices. Shares of Apple were up about 1.5% in the morning.