Please ensure Javascript is enabled for purposes of website accessibility
Log In Help Join The Motley Fool
Free Article Join Over 1 Million Premium Members And Get More In-Depth Stock Guidance and Research
By Brent Nyitray, CFA – Jun 12, 2020 at 7:18AM

The coronavirus claims a deal between two large mall REITs.

To avoid buyer's remorse, the purchaser will often try and find a way out of the deal. This situation is playing out now with a collapsed merger between two mall real estate investment trusts (REITs).

A merger negotiated in better times

On Feb. 9, 2020, Simon Property Group (SPG 0.70%) and Taubman Centers (TCO) announced a merger in which Simon would purchase 80% of the common shares of Taubman for $52.50 per share in cash, or a 51% premium to Taubman's closing price on Feb. 7. Total consideration for the transaction was $3.6 billion, and the Taubman family would retain a 20% minority interest. 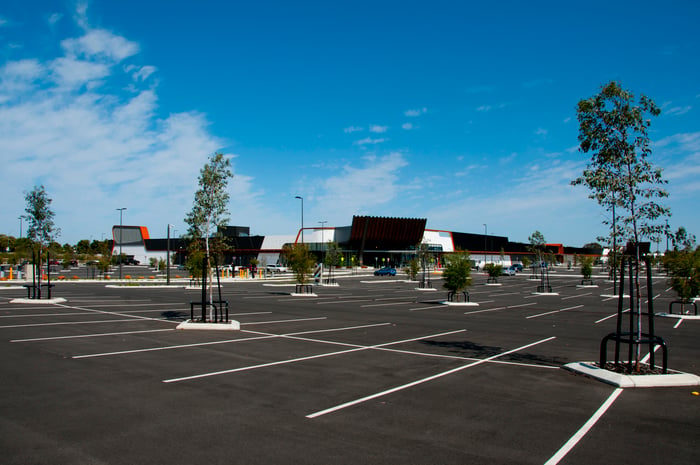 On June 10, Simon terminated the merger agreement, alleging that Taubman suffered a "material adverse effect" and that Taubman had "failed to take steps to mitigate the impact of the pandemic as others in the industry have, including by not making essential cuts in operating expenses and capital expenditures." Taubman responded that Simon's allegations are "invalid and without merit." Taubman intends to sue to enforce specific performance.

A merger agreement is a legally binding contract for both parties. It is made to be difficult to break. The merger agreement notes that the parties can terminate if there are "material adverse effects." These effects generally include anything bad that happens to either company, except for a laundry list of carve-outs, such as factors that generally affect the economy or the industries in which the companies operate.

The clause says that anything that disproportionately affects Taubman compared to other industry participants can be considered a material adverse effect, so Simon has at least a colorable argument. Taubman also agreed to conduct its business as normal and to stick with an operating budget the two companies agreed upon. Simon is going to argue that they didn't do that.

The best bet is a renegotiation

There are two possible paths at this point. The most likely scenario is that the companies will renegotiate the deal. Alternatively, they could go to litigation and leave the decision up to a judge.

Arguing a material adverse effect during a financial crisis is difficult and this will be no different. Contested mergers during financial crises usually end up with renegotiated prices for a reason -- nobody wants the uncertainty. The shareholders of Taubman now include numerous merger arbitrage hedge funds, who bought the stock in the $50s and are now nursing huge losses. They will pressure the Taubman Board of Directors to accept a renegotiated price.

Leave this one to the merger arbitrageurs

Is Taubman stock a buy at a 31% discount to the deal? Taubman is trading right about where it was in early February before the deal was announced. That said, the entire mall REIT sector has taken a beating since then, so the pre-deal price is not all that relevant anymore. Since Feb. 7, Simon Property Group stock is down 41% and stock for competitor Macerich is down 54%.

Absent a deal, Taubman might be trading at $18 or so a share. This means that Taubman's current trading price is based largely on how professional merger arbitrageurs are handicapping the probabilities of a deal and not on intrinsic value, which is what a long-term investor should consider. Taubman is still a highly speculative play and is best left to the pros.