Currently the market leader in online-streaming at-home membership fitness programs, Peloton Interactive (PTON -14.44%) may soon have a challenger in the shape of start-up rowing machine company Hydrow. The newcomer has rapidly secured funding from several different sources and now has more than $50 million in backing, some of it from firms with significant weight in the private equity sector.

Hydrow's product is a high-tech rowing machine that costs more than $2,000, paired with streaming classes. The classes, which include both live streaming and an archive of on-demand recorded sessions, feature athletes filming actual rowing on rivers in Miami, London, Boston, San Francisco, and other iconic locations. 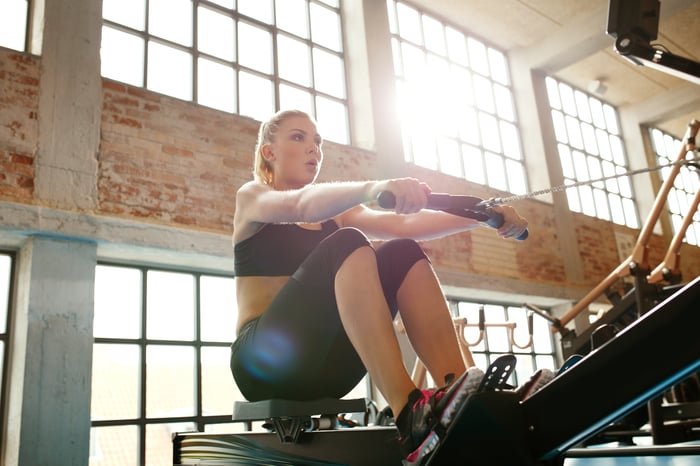 The company's CEO, Bruce Smith, says its mission is "bringing the soul enriching sport of rowing to homes around the world." He also states the "accelerated demand we've seen in recent months has further validated the positive trend toward connected fitness and the increasing adoption of rowing," an assertion backed up by a 400% increase in sales during the pandemic.

L Catterton isn't the only significant investor in the start-up. RX3 Ventures, an equity firm partly founded by Green Bay Packers quarterback Aaron Rogers, also put capital into the new enterprise. Hydrow has attracted approximately $52 million in funding so far. An uphill battle remains, however, to establish a foothold in the niche currently dominated by Peloton, which continues to soar to fresh all-time share value highs.