Please ensure Javascript is enabled for purposes of website accessibility
Log In Help Join The Motley Fool
Free Article Join Over 1 Million Premium Members And Get More In-Depth Stock Guidance and Research
By Joe Tenebruso – Jun 17, 2020 at 11:28AM

Investors are bailing out on news of voyage postponements.

After the market close on Tuesday, Norwegian announced that it was suspending nearly all voyages across its Norwegian Cruise Line, Oceania Cruises, and Regent Seven Seas Cruises brands that were scheduled to embark between Aug. 1 and Sept. 30. Only its Alaska voyages departing from Seattle in September are excluded from the voyage cancellations. 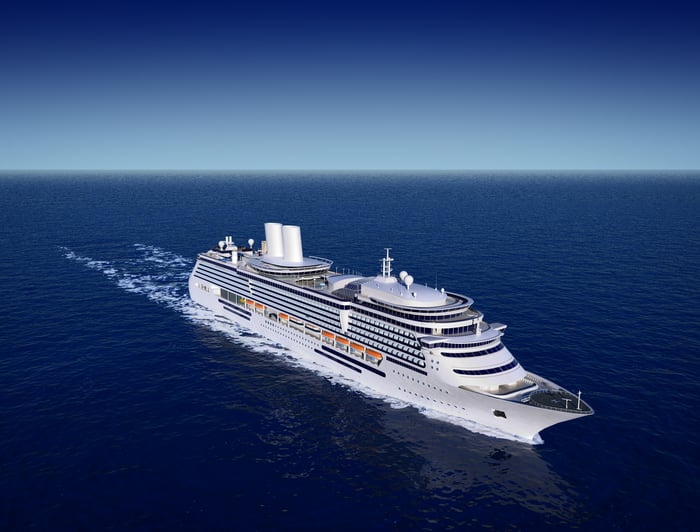 Moreover, Norwegian also canceled some voyages through October, including sailings from New England and Canada, citing travel and port restrictions.

It's likely only a matter of time before Carnival and Royal Caribbean follow Norwegian's lead and suspend voyages until at least October.

Norwegian said that it will continue to work with the U.S. Centers for Disease Control and Prevention (CDC) and other global health authorities to "take all necessary precautions to ensure the health, safety, and security of guests, crew, and the communities visited." However, with COVID-19 cases rising at an alarming rate in many U.S. states and international locations, it's possible that the CDC will again extend its no sail orders for the major cruise ship operators. Health authorities in Canada, Spain, and Australia have already extended sailing restrictions for cruise ships in the past month.

Thus, it appears that Norwegian -- and likely Carnival and Royal Caribbean -- will continue to bleed cash for longer than many investors hoped.