Please ensure Javascript is enabled for purposes of website accessibility
Log In Help Join The Motley Fool
Free Article Join Over 1 Million Premium Members And Get More In-Depth Stock Guidance and Research
By Billy Duberstein – Jun 19, 2020 at 7:55AM

Rumors are that Tencent may be looking to take out its biggest competitor in video streaming.

According to news outlets citing two people familiar with the matter, online giant Tencent Holdings (TCEHY -2.33%) is looking to become the largest shareholder in video-streaming rival iQiyi (IQ -2.94%). The latter, as of now, is majority-owned by search-giant Baidu. Tencent Video and iQiyi are the two leading players in the video-streaming war in China, with Tencent most recently reporting 112 million subscribers and iQiyi reporting 119 million subscribers. Alibaba's Youku Tudou came in a close third, and analysts estimate it has between 90 million-100 million subscribers.

Of note, the Chinese video-streaming companies also have free ad-supported content. According to research firm Questmobile, both Tencent and iQiyi had around 500 million monthly active users, with Youku Tudou at roughly 324 million.

It may seem strange in a large industry with only three players, but none of the major streaming outlets are profitable. iQiyi reported a whopping $409 million net loss last quarter, almost double the prior year. Youku Tudou lost about $477 million in adjusted earnings before interest, taxes, and amortization (EBITA) in its digital media and entertainment division. Tencent doesn't break out video earnings individually, but it's also likely in the red, though management noted a gross margin "increase" last quarter on the most recent earnings release.

Yet the prospect of Tencent and iQiyi coming together and bringing the industry to just two large players could potentially pave the way for actual profitability. If that happens, the acquisition could be another savvy buy on Tencent's part, scooping up a weakened iQiyi during a difficult economic period. After all, Tencent has achieved similar successes in consolidating two other highly competitive industries before -- food delivery and music. 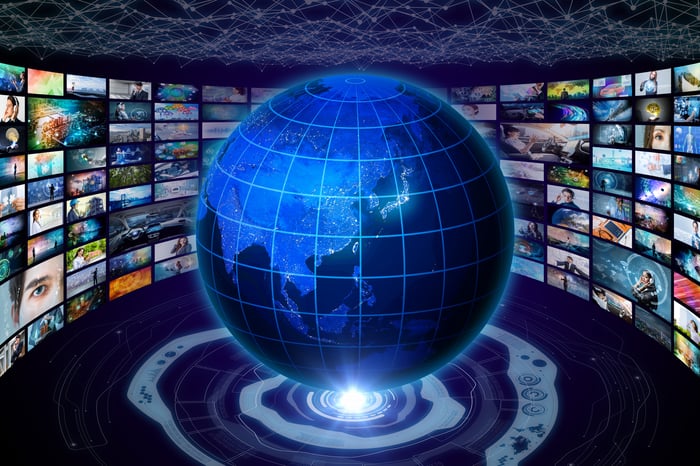 This isn't the first time Tencent has attempted to turn a money-losing, competitive business into a winner through consolidation. The internet giant has helped two of its subsidiaries, Tencent Music (TME -1.89%) and Meituan-Dianping (MPNGF -4.11%), achieve that feat in the recent past.

Tencent Music, now the dominant music-streaming app in China, wasn't always the powerhouse it is today. Earlier in the the past decade, China's music-streaming sector was more fragmented between Kugou Music and Beijing Kuwo, which were later consolidated into China Music Corporation, as well as QQ Music and the online karaoke service WeSing, which were both formed by Tencent internally.

Then in July 2016, Tencent merged its QQ Music and WeSing subsidiaries with China Music Corporation, creating Tencent Music Corporation, of which Tencent owned about 61.6% at the time. The result was a music-industry powerhouse with over 75% market share of China's online music-streaming market, giving Tencent scale and increased bargaining power over China's smaller music labels.

In addition to Tencent Music, Tencent had also previously played a role in the consolidation of China's food-delivery industry, helping to form current powerhouse Meituan-Dianping. Meituan and Dianping used to be separate companies and rivals in the food-delivery and daily-deals spaces, but the two merged in 2015, helped along by an injection of capital from Tencent, which today owns about 20.9% of the combined company.

But it's not an automatic win that consolidation always leads to higher profits. According to Bloomberg, China's ride-hailing service Didi Chuxing thought it could achieve the same profitability through consolidation when it bought out Uber's China operations in 2016. However, Didi apparently is having trouble raising prices, as Meituan-Dianping itself has launched a rival ride-hailing service in Uber's absence.

Can Tencent do the same with video subscriptions?

If Tencent acquires or becomes the largest shareholder in iQiyi, Tencent could go from having about one-third of the steaming-video market to two-thirds. As seen in the above examples, that kind of scale can eventually enable healthy profits. That's because the two merged companies could negotiate lower content costs with suppliers and also consolidate marketing, saving a huge amount of money.

While some might fear consolidation would only open up space for new competitors to enter (like what Meituan-Dianping did to Didi), Meituan already had the driver networks in place from its food-delivery business and bike-sharing network from its acquisition of Mobike. These elements gave Meituan-Dianping a platform on which to easily launch its own ride-hailing program.

It's unclear whether a new entrant could buy all the content necessary to launch a successful video-subscription service. Even ascendant short-form video company Bytedance, owner of Tik Tok (known as Douyin in China), would have to change its business model from largely user-generated content to invest in expensive high-quality dramas. Therefore, I don't think it would be so easy for a new competitor to come in and disrupt the video-subscription business in China, even after consolidation.

Therefore, should the deal go through, I think it could be yet another win for Tencent, with the potential to turn yet another difficult, competitive business into a highly profitable one through consolidation -- assuming Chinese regulators allow it.