It's a duel between a slick market upstart and a longtime market lion.

As the economy ever so slowly comes out of its pandemic-related slump, investors are looking for stocks with upside potential. Comparisons between a relative newcomer and a market stalwart are often surprising. Let's take a look at consumer discretionary stocks Beyond Meat (BYND 1.31%) and Disney (DIS -2.31%) and compare their probable trajectories, as I see them.

Beyond Meat expands beyond American shores

Beyond Meat, the plant-based alternative meat company, has been on an incredible run. Since the start of 2020, its share price has doubled, driven in part by meat-shortage fears, since many beef- and pork-processing plants were forced to close due to coronavirus.

Overseas expansion has helped to propel the stock price further. In the first two weeks of June, Beyond Meat announced both a distribution deal with a Chinese company and the opening of its first co-manufacturing facility in Europe. The plant, which will make the company's Beyond Burger and Beyond Sausage products, will be owned and operated by Zandbergen, a privately-held protein producer in the Netherlands.

Beyond Meat stock has jumped 109% year to date, far outpacing the broader market. The Dow Jones Industrial Average and S&P 500 have declined 9.4% and 4.1%, respectively, over the same span. 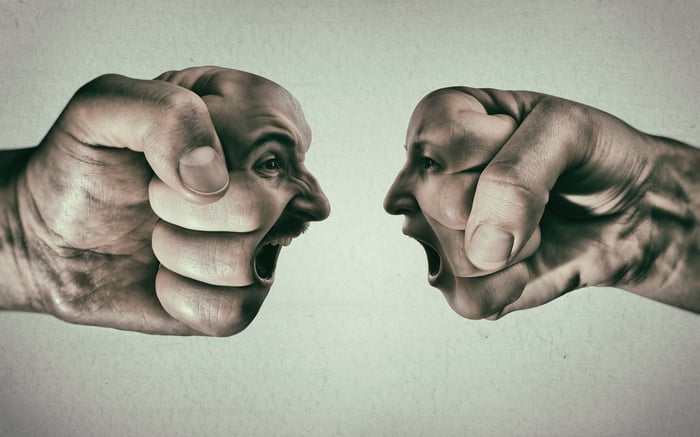 But can such a hot streak continue? In the near term and medium term, I don't think so.

The pandemic-related April and May meat-processing plant closures are ending. As production bounces back, meat-shortage fears are proving to be short lived. Restaurants are reopening, but very slowly, and many won't reopen at all.

Restaurant closures pose another risk to the stock, as 51% of Beyond Meat's 2019 net sales were to restaurant and food-service industry customers.

Disney awakens like Snow White to a waiting audience

The COVID-19 pandemic has heavily disrupted business in the entire Disney ecosystem. For many companies, this would signal a death knell, but Disney has kept some pixie dust around for a comeback.

With stringent health-protection rules in place, the company plans to begin reopening Walt Disney World theme parks on July 11, with other Florida property reopenings to follow. Shanghai Disney reopened on May 11, and tickets sold out within minutes, reflecting pent-up demand. The NBA will restart its season July 30 at Disney World, though no spectators will be allowed. All 22 participating teams will be residing within Disney World in isolation.

Other business divisions will slowly return to life as well, as movie theaters open, more sports come back, and productions resume.

But not everything came to a standstill for Disney during the pandemic. The Disney+ streaming service, launched in November 2019, attracted 54.5 million subscribers in five months, far surpassing expectations. Disney+ will begin rolling out in Japan in June, followed by the Nordics, Belgium, Luxembourg, and Portugal in September and Latin America toward the end of the year.

ESPN was forced to be more creative, as virtually all sports have been shut down. The network took the ball and ran with it, innovating and presenting compelling productions. The 10-part docuseries on Michael Jordan and the Chicago Bulls, called The Last Dance, was released two months early and became the most-viewed ESPN documentary ever. Then ESPN deployed more than 600 remote cameras -- feeding video from homes across the U.S. -- to bring us a brand-new version of the NFL Draft. The three-day event attracted a record 55 million plus viewers.

In the near term, the health crisis will continue to be a headwind. But Disney has actually benefited from the pandemic, as the Disney+ subscriber total vaulted ahead, reflecting family needs to entertain children stuck at home. Meanwhile, ESPN proved that there's more to talk about in sports than scores.

Disney's stock has recovered from the worst of its spring lows but is still down 21% in 2020 and is off 19% over the past year. This is to be expected, of course, since nearly two-thirds of the company's revenue comes from theme parks, movies, and advertising, all of which have been hit hard during the pandemic.

The company has a wide moat, great brand recognition, and the kind of powerful media position that will power it upward both near and long term.

Both Beyond Meat and Disney have bright futures ahead of them, so if you are investing for the long term, both offer upside potential. In the near term, however, Beyond Meat will likely take a breather or decline.

I think Disney is the better buy today, as its future is becoming a bit clearer with parks reopening, sports returning, movie production resuming, and a tailwind from the Disney+ streaming service.