Same-store sales have been running north of 20% since the pandemic began.

Papa John's International (PZZA 5.42%) said business is booming during the coronavirus pandemic. The pizza shop has been able to capitalize on its takeout and delivery business model, with three consecutive months of double-digit comparable sales growth.

Almost since the COVID-19 pandemic began, Papa John's has recorded phenomenal growth in its North America market, with comps jumping at least 24% each month compared to the year-ago period.

President and CEO Rob Lynch attributes the gains to new initiatives like contact-free delivery and menu items like Papadias sandwiches. 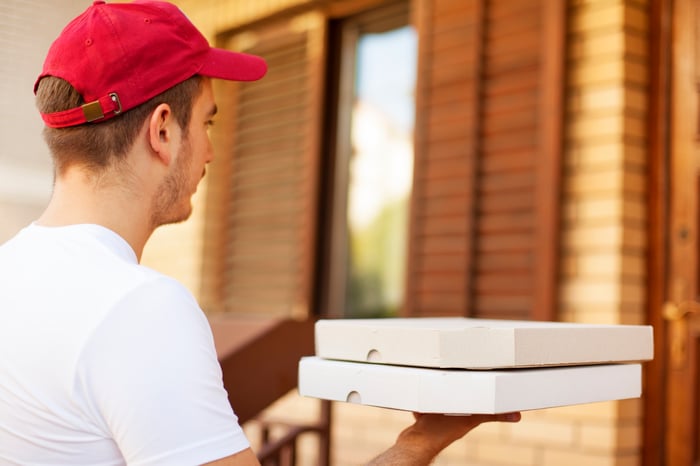 Good results no matter how you slice it

Papa John's was going up against very weak results from 2019, as North American same-store sales tumbled nearly 6% in the second quarter last year, so seeing big gains isn't necessarily an achievement, though the magnitude of the gains is.

The pizzeria had actually begun posting positive comps beginning in last year's third quarter, with a 1% pop as an overhaul of the business continued to bear fruit, but business began to really pick up in December with a near-8% gain.

While those increases moderated over the next few months, in April, as the pandemic was in full swing and consumers were locked down in their homes, comps surged 27% in North America, followed by a 33.5% gain in May, and a 24% gain in June.

Papa John's says its preliminary estimates point to comps being up a total of 28% for the second quarter. Even internationally, where some markets didn't allow restaurants to open at all during the pandemic, even for takeout or delivery, the pizza joint is looking for sales to be 5.3% higher for the period.