Disney (DIS 0.84%) announced Monday that it had signed a far-reaching deal with former San Francisco 49ers quarterback Colin Kaepernick. The company's ESPN sports division will develop a documentary series based on Kaepernick's journey from NFL quarterback to civil rights activist.

The story will feature extensive new interviews and a vast archive that documents the last five years of Kaepernick's life, allowing him to tell his story from his perspective. 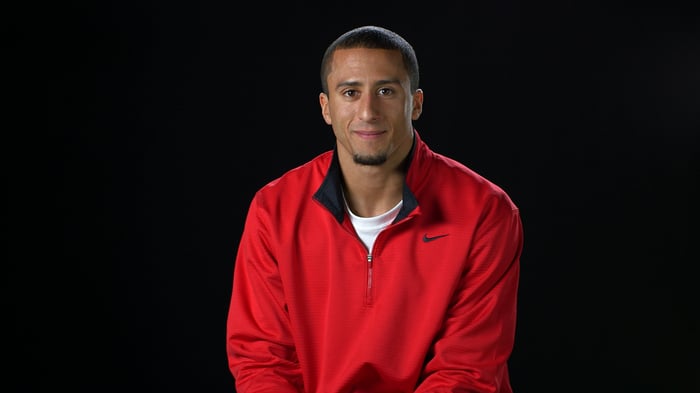 The deal between Kaepernick's production arm, RA Vision Media, and Disney will also focus on developing scripted and unscripted stories that focus on race, social injustice, and the quest for equity. It will provide a showcase for the talents of minority directors and producers. The agreement will extend across Disney's media properties, including Walt Disney Television; ESPN; Hulu; Pixar; and The Undefeated, an ESPN site focused on the intersection of race, sports, and culture.

"I am excited for this partnership with Disney across all of its platforms to elevate Black and Brown directors, creators, storytellers & producers," Kaepernick said in a post on Twitter. "I look forward to sharing culturally impactful and inspiring projects."

"Colin's experience gives him a unique perspective on the intersection of sports, culture, and race, which will undoubtedly create compelling stories that will educate, enlighten, and entertain," Disney CEO Bob Iger said.

The former quarterback refused to stand for the national anthem during the 2016 football season, instead taking a knee as a way to protest the treatment of minorities in the U.S. "I am not going to stand up to show pride in a flag for a country that oppresses black people and people of color," Kaepernick said in an interview at the time.

Kaepernick hasn't played football since 2017, but was chosen as a celebrity spokesperson for Nike (NKE 0.76%).