The freelance services platform is growing at a torrid clip.

Shares of Fiverr International (FVRR -3.43%) more than tripled in the first six months of the year, according to data provided by S&P Global Market Intelligence, fueled by rising demand for freelance work.

With tens of millions of Americans -- and countless others around the world -- losing their jobs during the novel coronavirus pandemic, many people have turned to the gig market to find work. At the same time, businesses, leery of bringing on full-time employees during a time of such uncertainty, have increasingly sought out freelancer workers.

Fiverr operates a leading online marketplace that connects freelancers with companies seeking their services -- and business is booming. 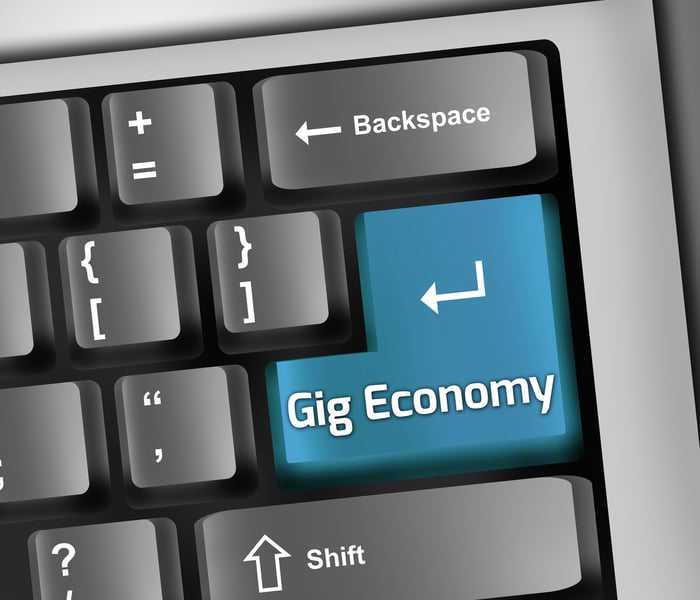 Fiverr's first-quarter revenue surged 44% year over year to $34.2 million. Its gains were driven by a 17% rise in buyers of freelance services, to 2.5 million, and an 18% increase in the average amount spent by each buyer, to $177.

The gig economy is a massive and quickly growing market. For its part, Fiverr pegs its total addressable market at $100 billion. And it's doing its best to grab a larger portion of this enormous growth opportunity.

Fiverr is expanding into new international markets -- such as Germany, France, and Spain -- while also broadening its product ecosystem. "International expansion continues to be a key growth strategy for Fiverr, and we believe the potential to unlock further opportunity in the European market is huge," CEO Micha Kaufman said in May.

With its international initiatives fueling its growth, Fiverr is also off to a strong start in the second half of the year. Shares are already up more than 15% so far in July.

2 Unstoppable Stocks That Could Go Parabolic in 2023

Down 89%, This Growth Stock Could Set You Up to Benefit From a Massive Trend