Please ensure Javascript is enabled for purposes of website accessibility
Log In Help Join The Motley Fool
Free Article Join Over 1 Million Premium Members And Get More In-Depth Stock Guidance and Research
By Will Ebiefung - Updated Jul 14, 2020 at 10:23PM

Here are some of the most interesting picks from the most successful investor of our time.

When Warren Buffett invests in a company, it pays to find out why. The legendary value investor bought his first stock at age 11 and now, 78 years later, he is the fourth-richest man in the world and the head of the $430 billion holding company Berkshire Hathaway  (BRK.A 1.66%) (BRK.B 1.71%).

Berkshire's portfolio is publicly available through Securities and Exchange Commission filings, giving regular investors a glimpse into the mind of the Oracle of Omaha. Here are three Buffett-backed stocks to buy right now.

The first is Sirius XM (SIRI 0.74%), the satellite radio company expanding into podcasting and music. Next is Costco (COST 0.94%), the membership-based wholesale retailer outperforming during the pandemic. And finally, we have Amazon.com (AMZN 2.07%), a $1.44 trillion tech company with more room for continued growth. All three look poised to beat the market. 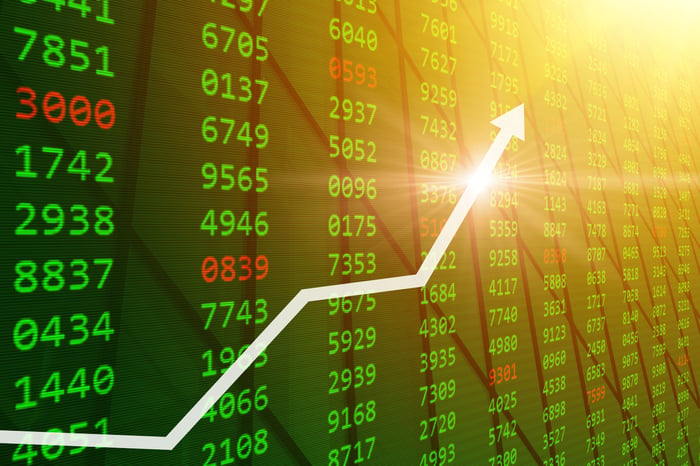 Rumor has it the decision to buy Sirius XM came from Berkshire managers Ted Weschler and Todd Combs instead of Buffet himself. Regardless of who made the pick, it's a good one. The company looks poised for upside because of its low valuation, strong moat, and acquisition-driven growth strategy.

Sirius stock is down by around 20% year to date amid the fallout from the coronavirus pandemic and economic recession. Investors are worried that a slowdown in car sales could lead to a drop in the company's revenue and subscriptions, which are often included as options in new vehicles. But Sirius reported first-quarter earnings on April 28, and the results demonstrate continued resilience in this tough economic environment.

The company added 69,000 self-pay net subscribers in the first quarter, with revenue growing 5% to $2 billion on a pro forma basis. Cash flow also remains strong, with EBITDA growing 13% to a first-quarter record of $639 million.

Sirius diversifies its business with strategic investments into a variety of different media formats. In the first quarter, the company invested $75 million into the online music distribution platform SoundCloud, which should help boost its advertising business. And in the second quarter, the company acquired podcast management platform Simplecast, which could give it a foothold in the fast-growing podcasting market.

Costco operates wholesale membership warehouses that sell food, automotive supplies, and other consumer goods at competitive prices. The stock has soared 10% year to date (and a jaw-dropping 880% since Berkshire first bought shares two decades ago). Although Costco may not be Buffett's most glamorous investment, it is poised to outperform the market because of its defensive business model and rapidly growing online business.

Costco reported fiscal third-quarter earnings on May 28, and the results were a slam dunk. Net sales increased by 7.3% to $36.45 billion, driven by strong growth in e-commerce, which saw comparable sales soar by 32.3% because of massive coronavirus-related demand earlier in the year.

With coronavirus infections surging in many parts of the world, Costco is set for another strong result in the fourth quarter. Management reports June sales rising 11% to $16.2 billion, with e-commerce sales jumping by 86% in the month. April and May numbers were also impressive.

Costco offers a dividend yield of 0.86%, which is a little on the low side. But the company has grown its payout for 15 years in a row at a compound annual growth rate of 14.5% over the last five years, giving it a good track record of returning cash to shareholders on top of the significant appreciation in its stock price.

Amazon is another Buffett stock that was someone else's idea. Although he has a great deal of experience with financial and industrial stocks, he has historically been more cautious about growth-oriented tech companies because of their less-reliable cash flows and higher valuations.

Berkshire's May 2019 decision to invest in Amazon represents an evolution in Buffett's thinking that has paid off exceptionally well. Shares are up by 68% year to date, making it one of Berkshire's best-performing holdings during the pandemic. Amazon is positioned for continued market-beating growth because of its fast-growing Amazon Web Services (AWS) and expansion into groceries, healthcare, and logistics.

Amazon grew its first-quarter revenue by 26% to $75.45 billion, partly driven by a 33% surge in AWS, the company's pay-as-you-go cloud computing platform.

On the consumer side of things, Amazon has a massive opportunity to expand its market share in the grocery industry through its Whole Foods subsidiary. The pandemic has boosted interest in online grocery shopping, which is an opportunity for Amazon to leverage its world-class distribution infrastructure to compete with chains like Walmart and Target. The company is investing in a new fleet of larger trucks to help it meet delivery deadlines in an increasingly competitive retail landscape.