Three "big techs" are schedule to report their second-quarter 2020 results this week: Facebook (NASDAQ:FB) on Wednesday, July 29, followed by Amazon (NASDAQ:AMZN) and Google parent Alphabet (NASDAQ:GOOG) (NASDAQ:GOOGL) on Thursday. All three report after the market close.

The earnings results for these massive technology companies will likely be even more closely followed than usual since the second quarter should include the full effect of the COVID-19 pandemic. The economic effects of the crisis largely began in March, the last month of the first quarter.

Here's what to watch in their reports. 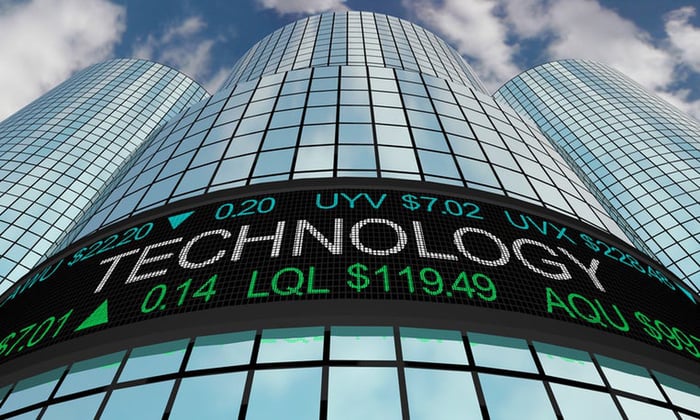 Shares of the social networking behemoth have bounced back after plunging along with the overall market beginning in February, when anxiety surfaced over the potential economic effects of the COVID-19 outbreak. In 2020, Facebook stock has gained 13.9% through July 27, versus the S&P 500's 1.4% return.

Here's what Wall Street is expecting:

The company didn't provide revenue guidance for the quarter due to uncertainty surrounding the pandemic. But when it released Q1 results on April 29, it provided a current snapshot of revenue performance in Q2:

After the initial steep decrease in advertising revenue in March, we have seen signs of stability reflected in the first three weeks of April, where advertising revenue has been approximately flat compared to the same period a year ago, down from the 17% year-over-year growth in the first quarter of 2020. The April trends reflect weakness across all of our user geographies as most of our major countries have had some sort of shelter-in-place guidelines in effect.

While Wall Street expects EPS to jump 53% year over year, this number could be misleading. The year-ago period included a $2 billion legal expense related to the probe by the Federal Trade Commission (FTC) into Facebook's data and privacy practices, as well as a one-time $1.1 billion income tax expense. Excluding these items, EPS was $1.99. So adjusted EPS is expected to decline 30%.

In the first quarter, Facebook's total revenue rose 18% year over year to $17.7 billion. Net income increased 102% to $4.9 billion, which translated to EPS doubling to $1.71. That result fell somewhat short of the $1.75 Wall Street was expecting.

In 2020, Amazon shares are up a whopping 65.7% through July 27. Investors have driven up shares largely due to optimism that the pandemic-driven surge in online shopping would benefit Amazon, at least from a sales standpoint. And, indeed, that happened in the first quarter.

Investors are likely counting on revenue in the second quarter getting an even larger boost from the pandemic.

Here are expectations for the top and bottom lines:

As to expected operating performance, Amazon guided for an operating loss of $1.5 billion to operating income of $1.5 billion. The guidance includes approximately $4 billion of costs related to COVID-19, including expenses associated with ramping up capacity and keeping employees safe.

For context, in the year-ago period, the company posted operating income of $3.1 billion.

In the first quarter, Amazon's revenue rose 26% year over year to $75.45 billion, easily topping the $72.95 billion that analysts had expected. EPS fell 29% to $5.01, missing the $6.25 consensus estimate. Analysts may have underestimated the COVID-related expenses, which CFO Brian Olsavsky said on the Q1 earnings call amounted to more than $600 million.

Beyond the headline numbers, investors should focus on Amazon Web Services' growth since the cloud computing service is the company's profit engine.

The company doesn't provide guidance, but here's what the Street is expecting:

Analysts expect Alphabet's revenue to slightly contract due to a slowdown in ad sales, driven by large chunks of the world's economy being shut down during much of Q2.

In the first quarter, Alphabet's revenue rose 13% year over year to $41.2 billion. The company's performance was strong during the first two months of the quarter, but then slowed significantly in March, CFO Ruth Porat said in the earnings release.