Please ensure Javascript is enabled for purposes of website accessibility
Log In Help Join The Motley Fool
Free Article Join Over 1 Million Premium Members And Get More In-Depth Stock Guidance and Research
By Keith Speights – Jul 29, 2020 at 6:20AM

Some stocks have floundered in the midst of the COVID-19 pandemic. Others have flourished. You can put Masimo (MASI -1.55%) squarely in the latter group. Its shares have soared more than 40% so far this year.

Masimo announced its second-quarter results after the market closed on Tuesday. Were those results good enough to keep the momentum going? Here are the highlights from Masimo's Q2 update. 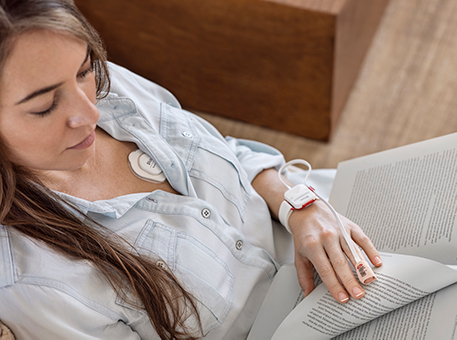 Masimo reported revenue in the second quarter of $301 million, a 31% year-over-year jump. This figure handily beat the average analyst estimate of $289.7 million.

The company announced Q2 net income of $55.8 million based on generally accepted accounting principles (GAAP). This reflected a solid increase from GAAP earnings of $44.9 million, or $0.79 per share, posted in the prior-year period.

In the past, Masimo has made some money from royalties. That wasn't the case in the second quarter, though. Every penny of the company's revenue in Q2 came from product sales of its noninvasive monitoring technology boards and instruments.

Masimo stated that it shipped 165,600 products in the second quarter, up 174% year over year. This figure excluded handheld and fingertip pulse oximeters.

It's not hard to figure out what drove this impressive growth. COVID-19 often causes low oxygen levels, making monitoring a paramount concern for physicians and hospitals during the coronavirus outbreak.

Masimo CEO Joe Kiani acknowledged this, stating, "From the beginning of the COVID-19 pandemic, we have done our best to support our customers as they have bravely been on the front lines of the worldwide response." He added, "Our unique ability to meet the demands of clinicians was in full view again this quarter as we reliably monitored their patients as only we could with unmatched reliability, accuracy, and versatility, and launched multiple new products."

In its first-quarter update, Masimo opted to not provide financial guidance because of the uncertainties created by the COVID-19 pandemic. The company continued to maintain that stance in its Q2 update.

The healthcare stock could benefit from increased demand for pulse oximetry monitoring due to the pandemic, though. In addition, Masimo has introduced a string of new products over the last few months that could fuel growth, including its Bridge opioid withdrawal solution and the Centroid patient orientation, activity, and respiration rate sensor.