Few brands possess the long history and pedigree of IBM (NYSE:IBM) and Coca-Cola (NYSE:KO). Yet both are going through transitions to not only adjust to the current economic environment brought on by the global coronavirus pandemic, but also to return to consistent growth after revenue declines in recent years.

Recently-reported quarterly earnings revealed insights into how each company's strategy is progressing during the pandemic. An examination of the latest financial results in light of these transformation efforts can help determine which is the better investment. 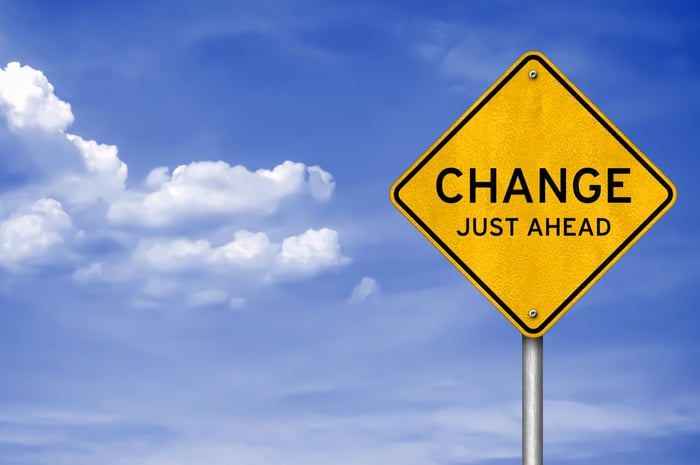 IBM's second-quarter earnings revealed a 5.4% year over year drop in revenue. Many businesses experienced revenue declines last quarter due to the pandemic's economic impact. In IBM's case, some of that decline is attributable to the company being in the middle of a multiyear turnaround effort. Its 2019 revenue was down 3.1% from 2018.

IBM is striving to revive its fortunes by focusing on cloud computing and artificial intelligence offerings, and its efforts are working. Cloud computing revenue rose an impressive 30% year over year in the second quarter, despite the pandemic.

The company's cloud revenue has consistently grown over the past four quarters, even showing signs of an acceleration. The pandemic blunted growth in the first quarter, but IBM's second-quarter results show that the company is on track toward increasing its cloud revenue, helped by the 2019 acquisition of open-source software company Red Hat.

Despite being in the midst of a turnaround and a pandemic, IBM continues to generate healthy free cash flow. It reported $2.3 billion of free cash flow for the second quarter, compared to Q1's $1.4 billion. It exited the quarter with $12 billion in cash and equivalents, up from the first quarter's $11.2 billion, putting IBM in a solid position to weather the global economic decline.

This strong cash position allowed IBM to increase its dividend for the 25th consecutive year in April. The company returned more than $1.4 billion in dividends to shareholders in the second quarter.

One of Coca-Cola's strengths has long been its product distribution to restaurants and convenience stores, which together represent about half of the company's revenue. The pandemic resulted in a shutdown of a substantial portion of this revenue stream, causing second-quarter revenue to decline 28% year over year, compared with a 1% decline in the first quarter, when the pandemic was just starting to impact consumer behavior.

Coca-Cola chairman and CEO James Quincey believes Q2 "will prove to be the most challenging of the year." The company is looking at proactive measures to grow revenue and earnings, including retiring several of its underperforming products.

The company owns more than 400 brands, with over half sold only in a single country. Not only does this dynamic reduce Coke's ability to scale operations, these single-country brands combine for just 2% of total company revenue. Coke could eliminate products with limited growth potential to focus on the products that are succeeding. 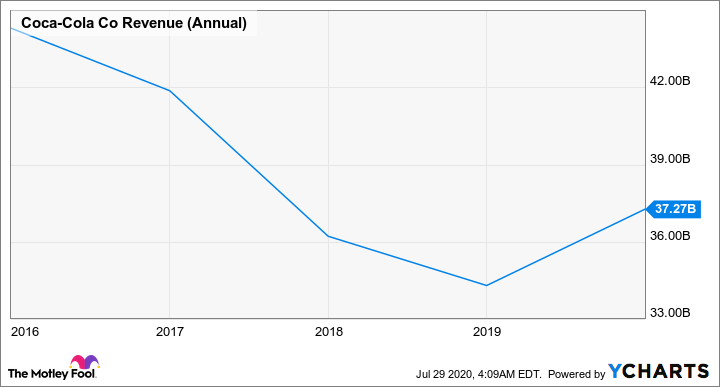 Optimizing its product mix and operations could help Coca-Cola return to its pre-pandemic upswing once global economies recover and consumer behavior returns to normal. The challenge for investors is that Quincey anticipates that a full recovery could take two to three years.

Between these two iconic brands, IBM is the more compelling buy. Its clients are large institutions operating in key industries such as finance, government, and healthcare. These businesses rely on IBM's cloud infrastructure, so switching costs are high. This provides IBM with a dependable revenue stream, even amid a pandemic.

Coca-Cola is cleaning up its business lines, which will serve it well in the long run. However, Coke's greater sensitivity to an economic slowdown makes it less attractive. As icing on the cake, IBM's high dividend yield of more than 5% makes it a great income stock, especially for a retirement account.