Google is partnering with ADT in a deal that will strengthen Alarm.com's competition.

Google will invest $450 million in ADT, which will get it a 6.6% stake in the company as part of the long-term partnership. ADT will issue newly created Class B shares that will have limited voting rights. Both Google and ADT will also invest $150 million into several initiatives around co-marketing, product development, and employee training. As part of the agreement, ADT will integrate with Google's Nest brand, which encompasses the tech giant's smart home and home security offerings. 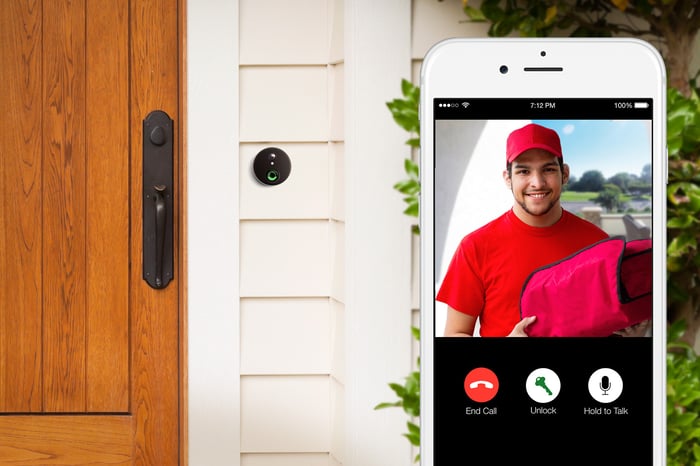 "We are thrilled to partner with Google to provide the smart home market with a strong, differentiated product and service offering that integrates the best technology, hardware and smart home security expertise from our two brands," ADT CEO Jim DeVries said in a statement. "Google's partnership and financial investment in ADT underscores the depth of our joint commitment to the smart home and security markets."

The news represents a potential setback for Alarm.com, which will face even stiffer competition just as the company has been making progress in growing its subscription business. Alarm.com already listed Google's Nest, which entered the home security market in 2017 with the Nest Secure alarm system, as a competitor. Having two rivals combine their efforts is bad news for Alarm.com.