Costco Wholesale Corporation's (COST 1.00%) shares are trading up more than +1.5% after hours following today's press release about its July sales, which show strong growth year over year. According to the company's report, net sales jumped +14.1% year over year, amounting to $11.43 billion in July 2019 but coming in at $13.4 billion in July 2020. Costco's fiscal sales month of July ends on Aug. 2. 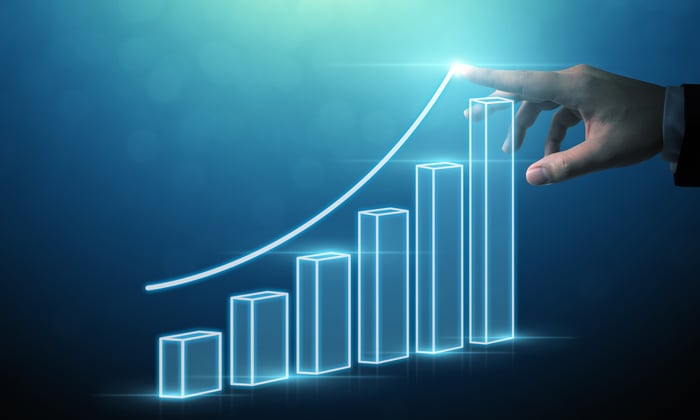 Costco's e-commerce sales saw particularly good growth figures during July, coming in at +75.3%. While the company doesn't have the digital sales growth rate of competitors like Target, its gains are still strong in this area and may be better protected by the moat built into its business model.

Costco will provide its August 2020 sales results update on Sep. 2.