The beverage distributor reported second-quarter results as it nears closing a merger.

Shares of NewAge Beverages (NBEV -6.94%) have gotten clobbered today, down by 7% as of 3:15 p.m. EDT, after the company reported second-quarter earnings. The results missed expectations. NewAge is also preparing to close its previously announced merger with a handful of e-commerce and direct channel companies.

Revenue in the second quarter came in at $62.6 million, shy of the $65.9 million in sales that analysts were expecting. That resulted in a net loss of $9.5 million, or $0.10 per share. Wall Street was modeling for a net loss per share of $0.09. Management said lockdown restrictions around the world related to the COVID-19 crisis impacted sales. 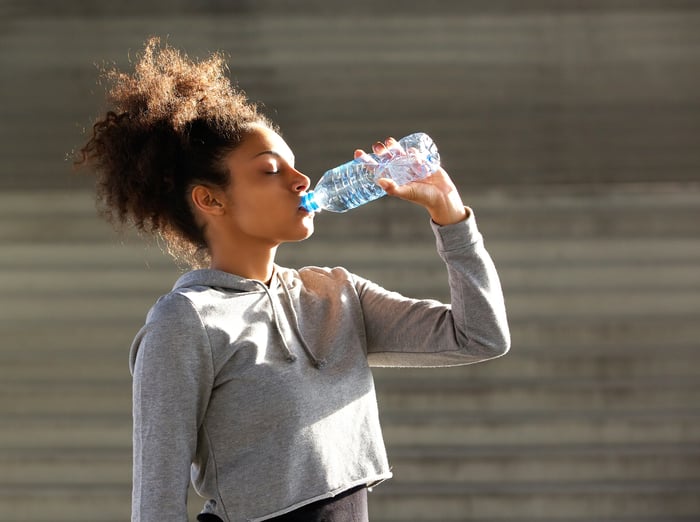 "We are pleased with how the business is holding up in the current business environment, especially compared to most peer group companies," CEO Brent Willis said in a statement. "Despite our Japan and China markets being locked down because of the pandemic for much of the quarter, we are seeing good organic growth in North America, Latin America, Western Europe and recovery in certain Asia Pacific markets as they began to reopen."

The consumer staples company last month announced that it would merge with ARIIX, Zennoa, LIMU, MaVie, and Shannen to create a combined company with over $500 million in estimated revenue. That transaction is expected to close during the third quarter, which NewAge did not provide specific financial guidance for.

"The impending merger will be transformational for NewAge, not just in terms of scale and reach, but also in terms of profitability, financial flexibility, and strength to further the Company's mission," added CFO Greg Gould. "With the imminent disposition of many of the low margin retail brands and the expected cost savings accruing from the merger of more than $20 million, we expect the combined entity to generate significant positive EBITDA going forward."

On the conference call with analysts, Gould commented that the increased scale of the combined company should translate into long-term organic growth in the "high single digits to low teens" once the deal closes.

Did New Age Beverages Go From a Cannabis to a Coronavirus Play?