Please ensure Javascript is enabled for purposes of website accessibility
Log In Help Join The Motley Fool
Free Article Join Over 1 Million Premium Members And Get More In-Depth Stock Guidance and Research
By Billy Duberstein – Aug 10, 2020 at 10:00AM

Why the rally? A few things: First, the stock received an analyst upgrade on the last day of June, then inked a high-profile partnership with a leading Japanese anime studio to start the month. The first week of July also saw a leading Chinese paper call on Chinese citizens to buy Chinese stocks. While Tencent Music is officially listed in the U.S., it is, for all intents and purposes, a Chinese stock, and it appreciated on the heels of the endorsement. 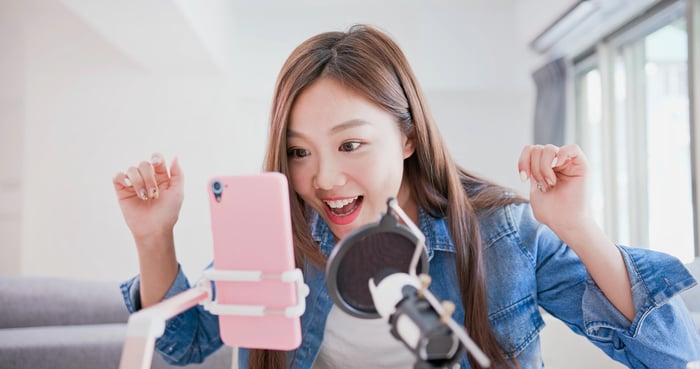 On June 30, analysts at UBS upgraded the stock to "buy," giving the company a $17 price target, while noting that competitive concerns are fading for this dominant Chinese music streamer and that monetization is improving.

Then on July 1, the company announced a strategic partnership with CoMix Wave Films (CWF), a leading Japanese anime movie studio. The partnership gives TME access to 17 popular animated film soundtracks, which should help differentiate its offering and attract customers in the near-term. Meanwhile, coordinating with CWF on future cross-marketing endeavors should lead to future possibilities as well.

Finally, on July 6, the China Securities Journal ran a front-page editorial encouraging investors about the, "wealth effect of the capital markets" and the prospect for a "healthy bull market." That boosted all Chinese stocks and added to Tencent Music's beginning-of-the-month surge as well.

Tencent Music releases its second-quarter earnings today, Aug. 10, at 8 p.m. Eastern time and 8 a.m. Beijing time. Analysts are expecting $987.1 million in revenue and earnings per share of $0.09. Look for Tencent Music, with its dominant market share in China's music streaming market, to capitalize on the stay-at-home digital economy in China.