The purchasers have pledged to keep at least 125 of the menswear company's stores open.

After 202 years as an independent, privately owned company, Brooks Brothers will be sold to Authentic Brands Group and SPARC Group, a partnership with Simon Property Group (SPG 2.23%). The partners' successful bid for the men's clothing company follows up an earlier "stalking horse" bid of $305 million they made at the end of July. The purchasers upped their offer to $325 million, and Brooks Brothers announced Wednesday that it had accepted.

Authentic Brands and Simon Property have teamed up to buy a number of other well-known brands, including Frye, Juicy Couture, and Aeropostale. Though details are hazy, Simon Property Group may also be involved in a bid to acquire JC Penney after its long slide into financial difficulties ended in a bankruptcy filing earlier this year. 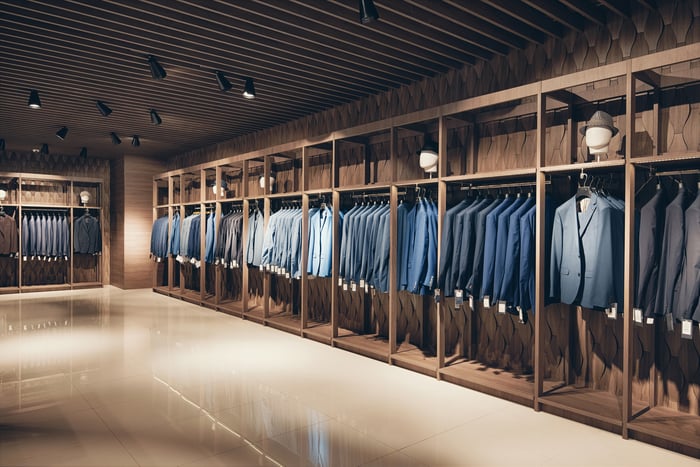 As one of the deal's conditions, the purchasers have apparently accepted the stipulation that they will keep open a minimum of 125 of Brooks Brothers' physical retail locations out of approximately 500 worldwide. None of the parties involved have issued any statement on how many brick-and-mortar locations, if any, will be shuttered.

A hearing is scheduled for this Friday to determine if the sale can move forward under the terms of Brooks Brothers' Chapter 11 bankruptcy filing. If so, the deal might close by Aug. 31. SPARC Group, the joint venture run by Authentic Brands Group and Simon Property Group, already operates approximately 2,600 retail locations of various sizes, and has significant e-commerce operations, making Brooks Brothers an apparently good fit for its existing business model and expertise.