If a deal is ultimately reached, Amazon will own a chunk of a frequent business partner.

Cloud services company Rackspace Technology (RXT -4.48%) was a hot ticket on Monday after a media report that a high-profile peer is in talks to buy a minority stake in the company. The Reuters report, which is based on information from "people familiar with the discussion," said the interested party is no less than Amazon (AMZN -0.64%).

Owning a piece of Rackspace would theoretically be advantageous for Amazon Web Services (AWS), the lucrative cloud computing business operated by the retailer. Rackspace's core business is the leasing of server space for clients wishing to manage data on the cloud; this activity makes it a frequent business partner of AWS, although it also partners with Alphabet's Google and Microsoft. 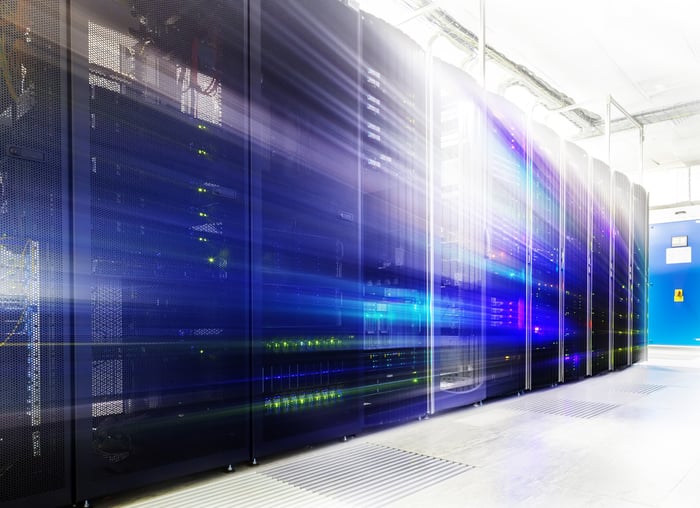 Rackspace is currently majority-owned by alternative investment specialist Apollo Global Management (APO). Apollo acquired Rackspace in 2016 and shortly thereafter took it private. Rackspace returned to the stock market in a slightly different corporate form earlier this month following an IPO, but its stock hasn't been popular. The shares have consistently traded several dollars under their $21 IPO price.

It is unclear whether Amazon is talking with Apollo for the Rackspace stake, or with another shareholder or shareholders. The Reuters article also did not provide a possible size or price for the holding under negotiation.

The sources interviewed did say that there is no guarantee a deal will be reached with Amazon. They added that if an agreement is reached, negotiations over its specifics could last for one or two months.

The aforementioned parties have yet to comment on the article. Not surprisingly, shares of Rackspace zoomed higher in trading on Monday, rising by over 10% on the day.