The largest owner of offshore drilling rigs is the sector's latest filing.

Valaris (VAL) has filed for Chapter 11 bankruptcy. The world's largest offshore drilling contractor is the latest company in that sector to go this route because of this year's steep decline in oil prices, following earlier filings by Noble Corporation and Diamond Offshore Drilling. The company recently warned that bankruptcy was "imminent," so this official announcement comes as no surprise.

Valaris has entered into a restructuring support agreement and backstop commitment agreement with about half of its bondholders. These agreements will allow the company to convert its credit facility and unsecured notes into equity. Its creditors also will provide the company with $500 million of debt to help fund its operations. Lastly, the company expects to cancel its existing equity as part of this arrangement. 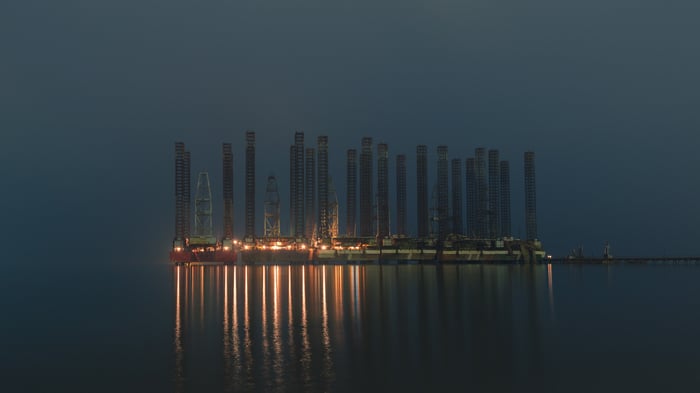 Valaris ended the first quarter with $6.8 billion of debt against roughly $200 million in cash and $1.3 billion available on its credit facility. While it had enough liquidity to make the interest payments on its debt, the company opted to skip them as it tried to work out agreements with its creditors. In the end, Valaris and its lenders determined that restructuring in Chapter 11 was the best course of action.

One of the issues is that it will likely be years before the offshore drilling sector recovers. Given how low oil prices are these days, many oil companies have canceled or delayed drilling programs while asking for pricing concessions and other contract modifications. Because of that, Valaris believes that idled rigs could remain out of work for the next two years.

Given that backdrop, it made the most sense to go through the bankruptcy process to significantly reduce its debt so it can withstand a prolonged downturn while benefiting from an eventual recovery.

Editor's Note: An earlier version of this article misidentified Noble Corporation as Noble Energy. That issue has been corrected.