Some investors appear to be taking profits off the table with the high-flying biotech stock.

Shares of Altimmune (ALT 1.17%) were down by 15% as of 3:27 p.m. EDT on Wednesday. The biotech announced before the market opened that it would present preclinical data for ALT-801 in treating nonalcoholic steatohepatitis (NASH) at the European Association for the Study of the Liver annual meeting on Aug. 28.

Altimmune's description of this data was promising, so why did its shares plunge? The most likely reason is that some investors are taking profits off the table after the biotech stock skyrocketed more than 1,100% year to date coming into this week. 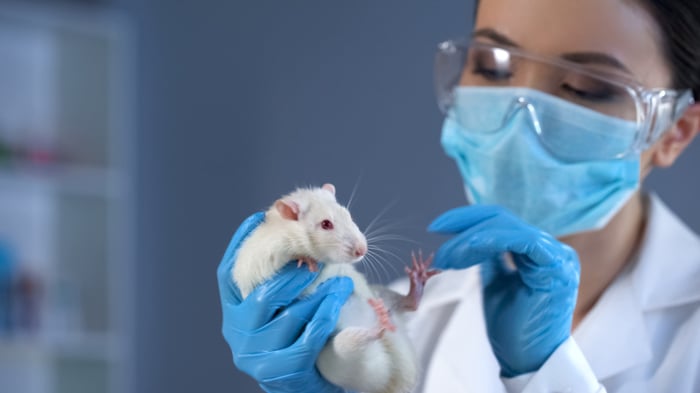 Preclinical data typically doesn't cause a big move for a stock like Altimmune that already has several programs in clinical testing. That's especially the case when the preclinical data seems encouraging. Altimmune stated in a press release Wednesday morning that ALT-801 outperformed Novo Nordisk's Ozempic in several key measurements in Gubra mouse models with NASH.

It's important to note that Altimmune stock also fell yesterday. The company reported additional positive results from preclinical testing of its single-dose intranasal COVID-19 vaccine candidate AdCOVID earlier in the day on Tuesday. Also, the trading volume for Altimmune was relatively light today -- roughly 60% of the stock's average trading volume.

Putting all of this together hints that the main reason for the sell-off this week could be that some investors are locking in profits now rather than waiting until Altimmune begins phase 1 testing of AdCOVID and ALT-801 in the coming months.

Altimmune has a lot going on throughout the rest of 2020. Enrollment in a phase 1/2 clinical study evaluating Altimmune's T-COVID therapeutic candidate should soon begin. The company expects to initiate phase 1 studies of AdCOVID and ALT-801 in the fourth quarter of this year. It also plans to begin a phase 2 study of chronic hepatitis B therapeutic candidate HepTcell later in 2020.

Why Altimmune Stock Is Under Pressure Today