If you like to buy stocks after they take a step back, here are three promising investments that have somehow shed at least 20% of their value over the past month.

Stocks have been inching higher through most of the summer, but not every investment is near its all-time highs. There are plenty of companies that were stumbling even before the recent market setback. If you have some money to invest -- and you're concerned with the lofty valuations stapled to some of this year's biggest winners -- you may want to look at some of the stocks that have already corrected. 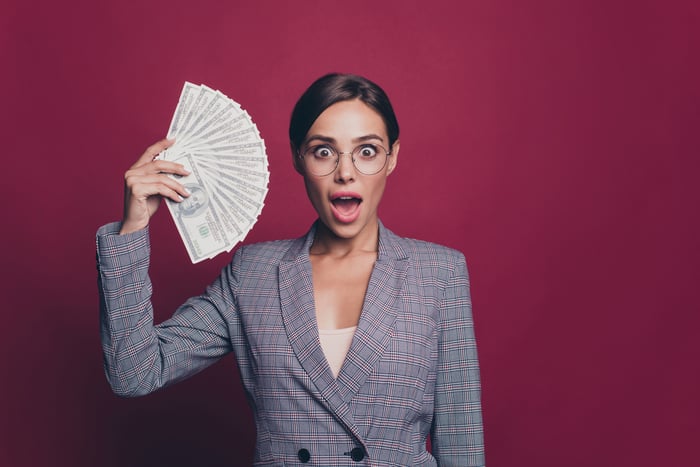 Drugstores seem to be doing just fine these days. They were open through the pandemic, and have been a steady source of prescribed pharmaceuticals, cleaning supplies, and other products not available at other retail outlets that were shuttered during the early days of the COVID-19 outbreak. Rite Aid has risen above through the calamity.

Revenue rose 11% to top $6 billion in its latest quarter, well ahead of the 4% increase that analysts were targeting. Its small adjusted deficit of $0.04 a share was also a lot less red ink than expected, a pretty big deal since it temporarily boosted the wages of its hourly associates through the first few weeks of the crisis.

Rite Aid has had some rough luck in the past couple of years. It's seen two different mergers fall apart, but it's starting to come along on its own these days. It's opened COVID testing sites, and it will likely play a leading role in the eventual vaccine distribution. Rite Aid reports later this month and analysts see the drugstore chain breaking even on another quarter of top-line growth. The stock has still shed 22% of its value over the past month and cut in half since peaking in late December. Rite Aid is healthier than the market thinks it is these days.

Stamps.com is another company that is showing signs of life these days despite its own tale of hardship last year. Its exclusive deal with the U.S. Postal Service for online postage was terminated last year, but this hasn't stopped Stamps.com from surging as a next-gen provider of postage online and shipping software.

Stamps.com also came through with a blowout quarter last month. Revenue soared 49% for the second quarter it announced last month. Adjusted earnings sho 148% higher, more than double what Wall Street pros were modeling. The stock has still experienced a 30% drop over the past month.

One can argue that Stamps.com is catching its breath after a spectacular run since it was left for dead last year after the termination of its post office exclusivity. The shares have more than doubled over the past year even after its recent slide. However, with momentum on its side when it comes to improving fundamentals it's just a matter of time before the shares get rolling again.

Unlike Rite Aid and Stamps.com, Vipshop didn't blow the market away last time out. The Chinese online retailer of discounted apparel posted top- and bottom-line results that were roughly in line with Wall Street projections. Last month's report resulted in a couple of analyst downgrades as well as the 26% slide in the shares over the past month.

The 6% year-over-year increase in sales may not seem like much, but it was ahead of Vipshop's own guidance. Net income did soar 89% for the quarter, but Vipshop indicated that it's going to emphasize buyer growth over profit expansion in the near term. Its CFO is also stepping down later this year. Investors hate margin contraction and when chief bean counters move on, but Vipshop deserves watching as China's sixth largest e-commerce company.

The world's most populous nation is well ahead of the COVID-19 curve by now, and with life starting to return to normal it should spur renewed interest in Vipshop's deep discounts on brand-name apparel. Buying China stocks has its own set of unique risks, but taking a position in Vipshop at just 13 times this year's expected earnings seems to be a risk worth taking.

Why Vipshop Stock Crashed and Burned on Thursday
358%